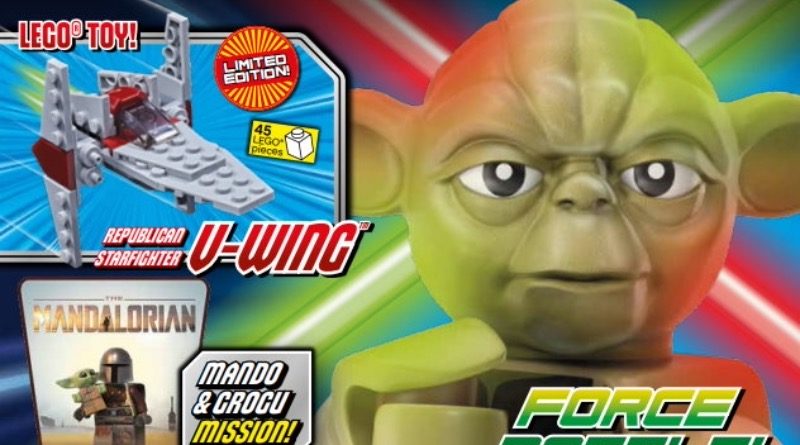 Issue 70 of the LEGO Star Wars magazine arrives on shelves tomorrow, and comes packed with a free V-wing Starfighter.

The 45-piece mini model sees a return to buildable gifts after two months of minifigures, including Issue 68’s Mandalorian Warrior and Issue 69’s Emperor Palpatine. That trend will then continue in Issue 71, which is set to include a mini TIE Bomber (strengthening the case for a new System-scale model in 2022 or beyond).

You’ll find the usual mix of puzzles, activities and comics inside Issue 70’s pages, including spotlights on both Yoda and Baby Yoda (or Grogu, if you prefer), posters of Luke Skywalker and Darth Vader, and a focus on 75290 Mos Eisley Cantina.

You can pick up Issue 70 of the LEGO Star Wars magazine from all good retailers – including most supermarkets and newsagents – from tomorrow, April 14. That makes today your final opportunity to grab any last copies of Issue 69 and its free Sheev minifigure, just in case you want to use dark science, cloning and secrets only the Sith knew to resurrect Palps for yourself.

We’ll bring you a closer look at the V-wing Starfighter – which hasn’t been seen in LEGO form since 2014 – as soon as we have a copy of the mag in hand.