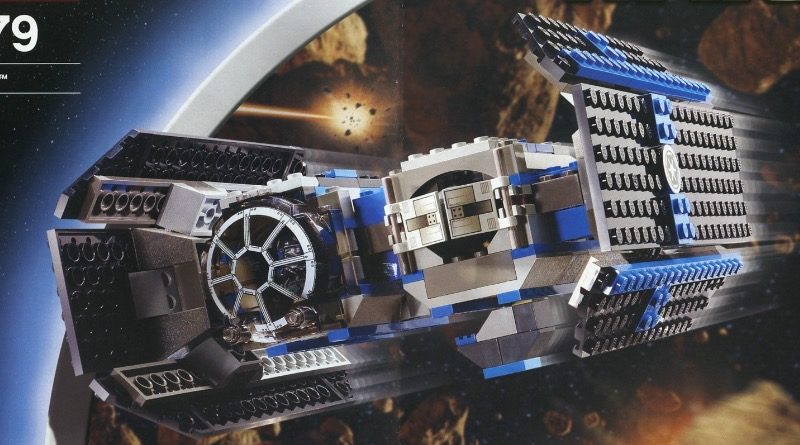 More evidence is slowly but surely emerging that the LEGO Group may be gearing up to release a brand new LEGO Star Wars TIE Bomber.

The first clue came back in March, when a comic strip in the official LEGO Star Wars magazine featured a brick-built version of the Imperial fighter, which we haven’t seen in an official System-scale set since 2003’s 4479 TIE Bomber.

While it was only a drawing, it was clearly based on a model built from real bricks, indicating that someone, somewhere had designed it with the LEGO Group’s modern sensibilities in mind. (The last time we got a TIE Bomber, the LEGO Imperial fleet still had blue accents.)

Now, as revealed by Promobricks, Issue 71 of the very same magazine will include a tiny, buildable LEGO TIE Bomber on the cover. It’s comprised of just 28 pieces, but very clearly communicates the dual-hull design of the Empire’s most explosive fighter.

That model in and of itself is no real indication that a new System-scale TIE Bomber is on the way, but it does suggest that the LEGO Group is trying to continually remind its primary audience (kids, remember?) that the ship exists – perhaps priming them for an upcoming set.

It’s also worth remembering that the design team has already acknowledged the demand for a new TIE Bomber, as it included the classic ship – first spotted in The Empire Strikes Back – in last year’s Ultimate Collector Series fan vote, alongside the Republic Gunship and Nebulon-B Frigate.

The only prequel trilogy craft in the trio eventually won the day, and will arrive on shelves later this year. But the LEGO Star Wars team must have seen at least some support for the TIE Bomber in that poll, and could now be attempting to seed the idea of a new System-scale set with kids through the theme’s official magazine.

All we can do now is hope that our wild speculation bears fruit in future – but from the rumoured LEGO Star Wars line-up for 2021, we could be waiting until next year at the earliest.

Get in touch with Brick Fanatics at [email protected]anatics.co.uk