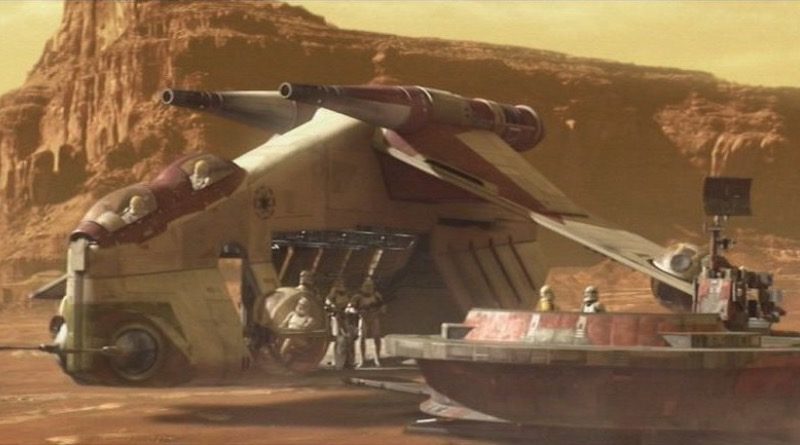 The LEGO Group has confirmed that the LEGO Star Wars UCS Republic Gunship will land on shelves in 2021.

It’s the first Ultimate Collector Series set chosen entirely by fans, seeing off competition from a TIE Bomber and Nebulon-B Frigate in a February 2020 poll. And while it’s been rumoured to be launching in 2021 for a while, we now know straight from the horse’s mouth that the Republic Gunship is less than nine months away.

Confirmation of the set’s launch window was shared with select LEGO Fan Media during a roundtable session earlier today, along with a first peek at the set’s brand new cockpit element, which Brickset suggests will give the model an approximate length of 50-55cm – indicating we can indeed expect a Republic Gunship at a scale never seen before in LEGO.

There’s no word yet on when exactly this year we can expect to see the set on shelves, nor any other details at the time of writing (beyond confirmation of the set’s designer, Hans Burkhard Schlömer, who was also responsible for 75192 Millennium Falcon and 75275 A-wing Starfighter), but earlier rumours indicated a price tag of $350 and a release date in the second half of 2021.

We’ll bring you more on the set as we get it, but for now, join us in ruminating on which minifigures should be included in the UCS Republic Gunship.