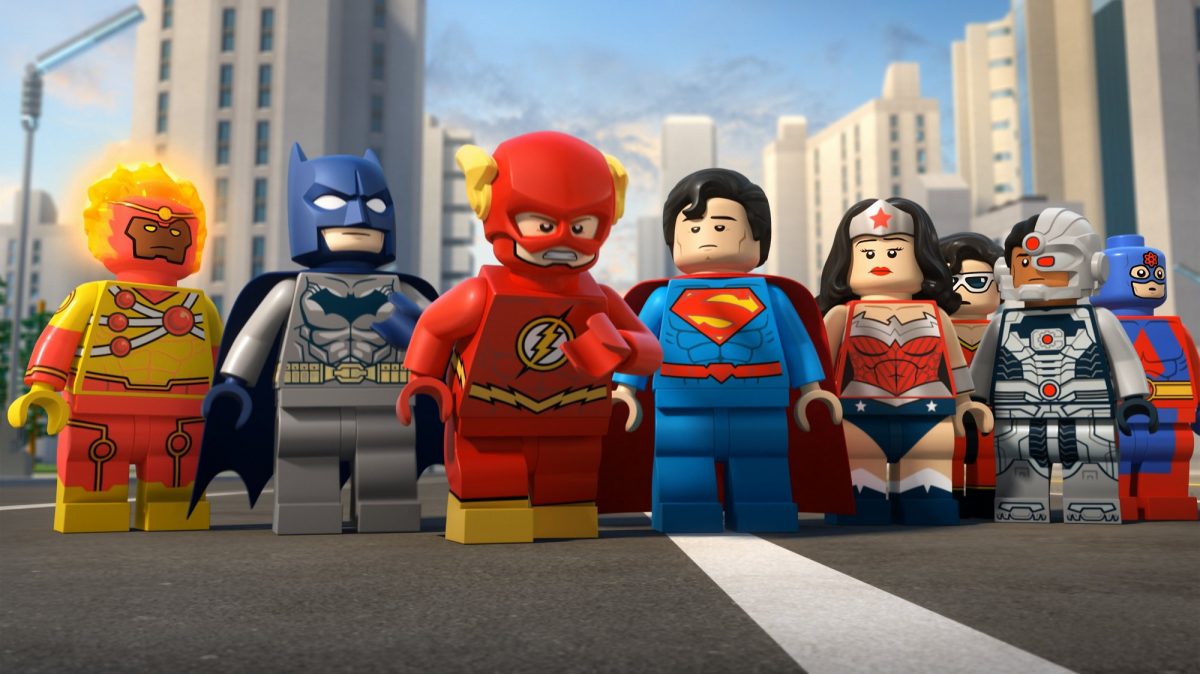 From his star turn in the recent LEGO DC Super Heroes: The Flash movie, going right back to voicing Robin in LEGO Batman: The Video Game, James Arnold Taylor talks about his LEGO voice acting experiences

Few actors have a resume as varied as James Arnold Taylor. Chances are that anyone who has consumed any modern animation, even passively, has heard his voice at some point. From playing Obi-Wan Kenobi in the epic Star Wars: The Clone Wars, to voicing Ratchet in the imagination busting video game series, Ratchet and Clank, he has played characters with a range of voices and personalities.

Most recently he reprised the role of Barry Allen for the latest LEGO DC Super Heroes animated feature, a movie named for the character’s alter-ego – The Flash. This latest release is available now, telling the story of a really bad day for The Flash that he has to relive over, and over, again. With Reverse-Flash refusing to let up, he may need the help of his fellow super heroes to break out of this time loop.

The energetic voice actor talks to Brick Fanatics about taking on the lead role, working on a comedic feature and his first ever LEGO voice over gig.

How happy you were when reading the script to LEGO DC Super Heroes: The Flash, and seeing that your character would have headline billing?

I believe the voice director, Lisa Schaffer, had talked to me at a session when we worked on the cartoon Guardians of the Galaxy together. I was excited for so long and actually we had recorded this quite a while back. There’s a lot of juggling in the LEGO world, so The LEGO Batman Movie had come out, they said that’s really the only one they’re going to be focussing on for the year, so LEGO Flash is going to hold until the beginning of next year. So I have just been kind of holding my breath, keeping quiet on this one for a long time. So I’m really happy that it’s out and everyone can see it now.

You have voiced characters in dramatic projects such as Star Wars: The Clone Wars, how do you enjoy performing more comedic roles such as this one?

I started, back when I was 16 years old, as a stand-up comic. Then I was a writer and producer of comedy for radio stations across the United States, about 3,000 stations would take the services that I did. From about the age of 21 until I was about 30, I wrote comedy, produced it and performed it. So comedy is kind of in my blood here. I hope I’m a funny guy, and so I enjoy it very much so.

With voice actors, we’re all just kind of a bunch of goofs and we know that we are the luckiest people alive, getting to do what we love and getting to play and have fun. So comedy is always great to do and the writing on these is so good. You’ve got Jim Krieg, who has written many of the LEGO DC Comics Super Heroes stories, as well as Jeremy Adams writing it as well, they both just did a great job. It is fun stuff and it’s easy to be funny in it because their lines are so good.

You have a long history with voice work on LEGO projects, going all the way back to LEGO Batman:The Video Game. In that game, there is no dialogue whatsoever. What was the experience of voicing Robin/Nightwing like?

I was having lunch with one of my Clone Wars cast mates the other day, Catherine Taber – who is a very talented voice actress and on camera actress – and we were talking about the Flash movie and such. And she said, “when did they change?”, because she remembered it being all just sounds. But that original one, it is so funny you say that, I know which studio it was, it is called Skylark Studios out in Burbank, and I can remember going in and doing all of Robin’s stuff. I was so excited to be voicing Robin, I thought it was great.

It’s all just emotive sounds and I think that really is where we break down the differences between an on camera actor say and a voice actor. Many on camera actors will just be very nervous about doing something like that. Whereas voice actors, we’re such nerds, we love just like, “okay he’s drinking”, “oh now he’s running”, “now he’s laughing”, but he’s not really saying anything. We love the challenge of it, so that was a lot of dialogue for having no dialogue at all. It was the same in The Clone Wars one. After we had done years of episodes of The Clone Wars we did a LEGO one, and Obi-Wan is just doing these “hmph”, “oh”, then I was Plo Koon and then a couple of other characters in it as well, so you have to differentiate your grunts, groans, laughs and sounds from the other ones. Not just changing your voice, but the way they might do it. So it’s a challenge as an actor to do that type of stuff, it really is.

For more from James Arnold Taylor, check out part one and part two of this exclusive Brick Fanatics interview.

James Arnold Taylor will be appearing at MCM London Comic Con from Friday, May 25 to Sunday, May 27 at the ExCeL Centre.