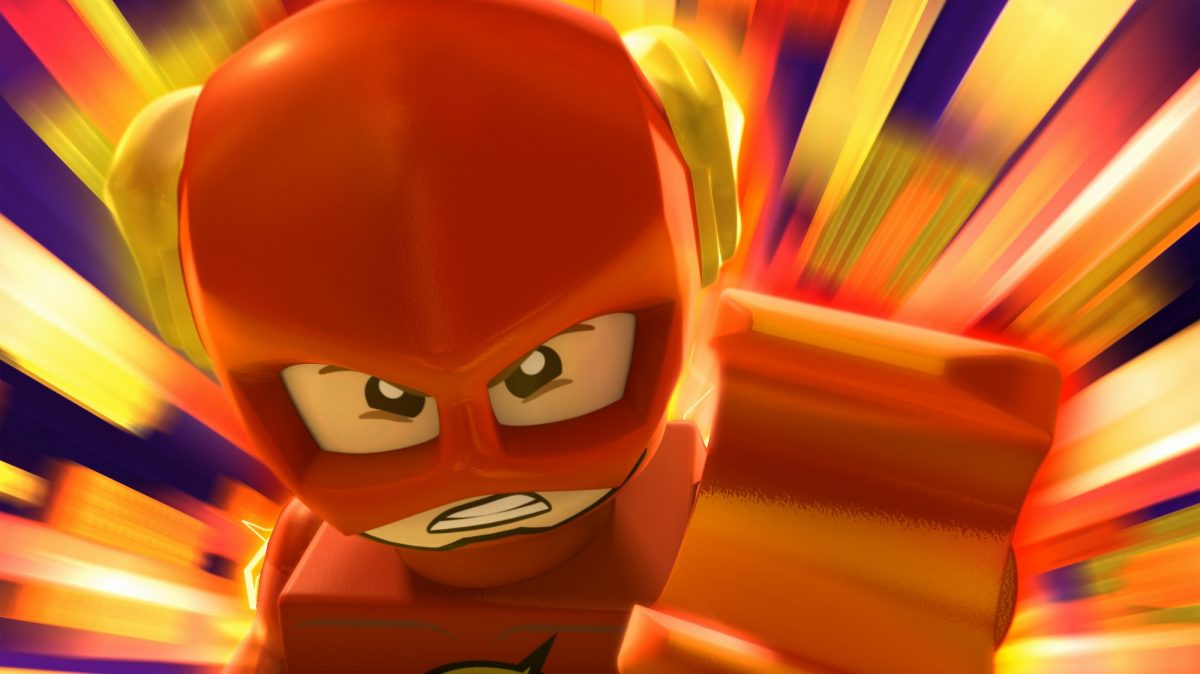 In the latest LEGO DC Super Heroes animated feature, The Flash gets headline billing as he faces off against Reverse-Flash – who creates a time loop that sees Barry Allen having to keep reliving the same day. Each time, events get further out of control until he loses his powers and is thrown out of the Justice League.

James Arnold Taylor has voiced the character in every LEGO DC Super Heroes home release, but in this feature gets to flex his vocal muscles in the titular role for the first time in the series. The prolific voice actor took some time out of the recording booth to talk to Brick Fanatics about voicing The Flash as a minifigure.

When was the first time you played The Flash?

The first time I played him was in Young Justice, which was a great show that got so much fan support that they are actually bringing it back for a third season, after years of it being away. So it just goes to show the power of social media, of fans, and of course websites, writers such as yourself talking about these things. So they will be bringing Young Justice back and The Flash I’m sure will be making some appearances there. The first LEGO one I did was quite a few years ago as well, we have done four of these now. 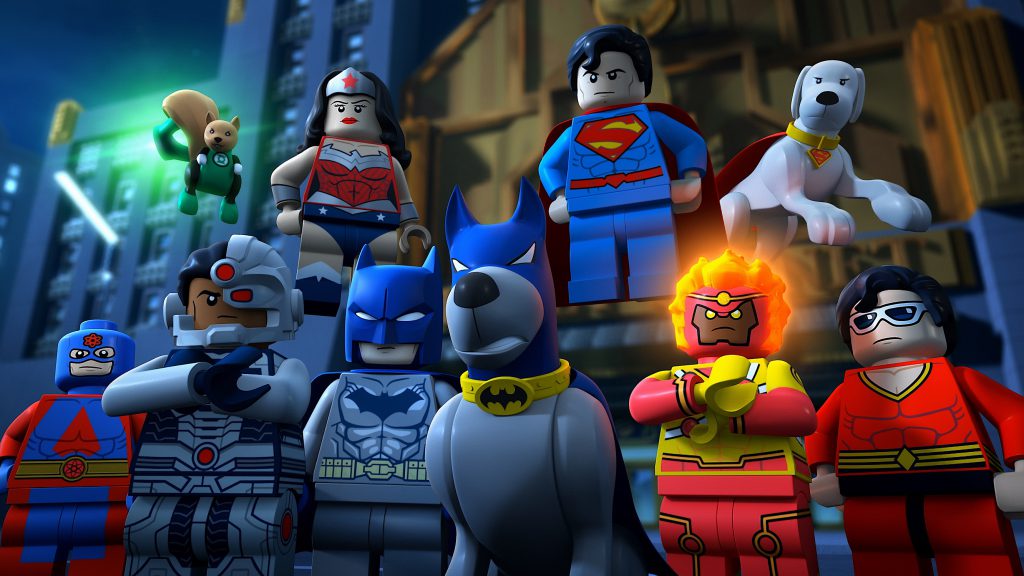 When the first LEGO DC Comics animated movie was being talked about, was it assumed that you would play The Flash again?

I don’t know if it was or not. I think that I got the call, heard I was coming in to play the Flash, I said, “okay great”, and they said “but it’s for a LEGO one”. I went, “oh, this is the greatest thing ever”. You know as a voice actor that you never assume anything, in Hollywood’s eyes they think of us as very replaceable. I’ve been off and on the voice of Fred Flintstone for 12 years, and I never know if I’ll be called in or not, so anytime that I get a call to play the Flash I’m excited about it and look forward to it. This one has just been a blast to do.

How do you play the LEGO version of Flash differently to the regular DC animated Flash?

For Young Justice it is a very different Flash I play as opposed to the LEGO one, because the universe of LEGO is just so great. I think the best way I can describe it is, when we as voice actors get together to voice something for a TV show, I always say if they could record the stuff that goes on between the takes, that’s the funniest and the funnest stuff. But when we do a LEGO one, it’s the opposite, all the fun is being recorded and then put into the shows. The writing is so good, the stories are so fun, and they just have such a great time with them. So I’ve been very fortunate to work in many different versions of LEGO, but this DC Comics stuff is just a blast.

I’m always playing Barry Allen’s Flash, and in the regular world he’s a scientist, he’s very calculated and he’s a little snarky, but not like in LEGO. That version of Flash is just my regular voice, which is great, and he talks very fast, so everything he says he’s just rip roaring through it. In fact that’s even the storyline of this particular video that we’ve done – that he’s got to slow down in life. 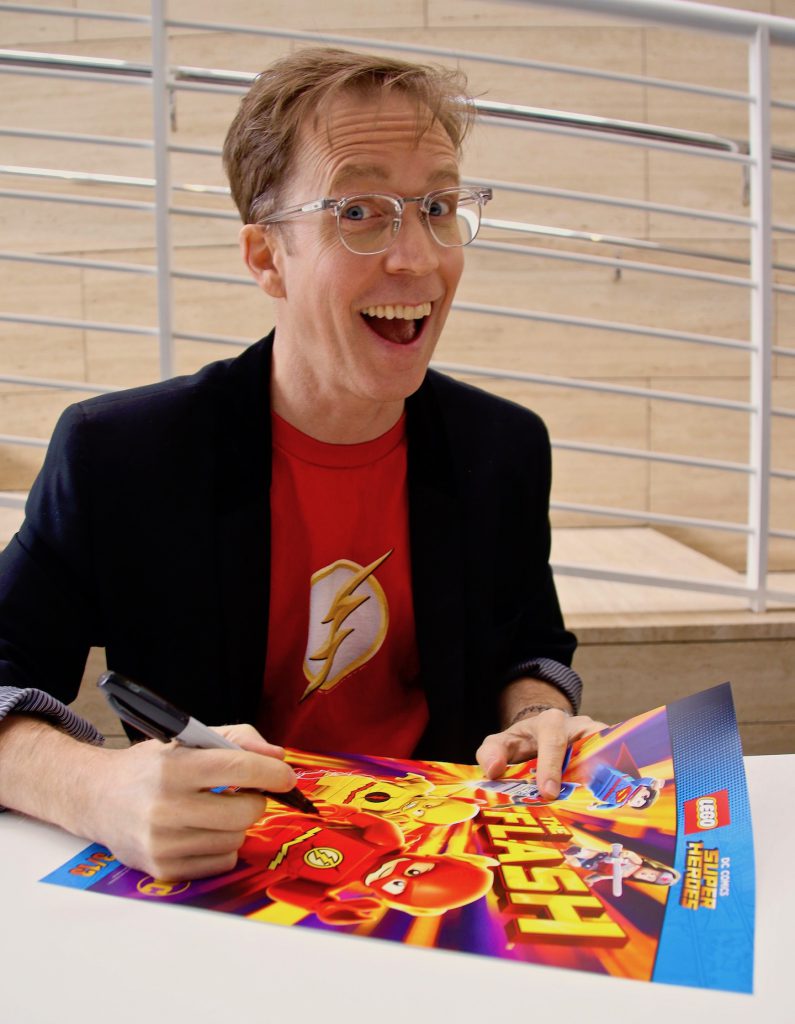 It’s kind of funny because in my own life as a voice actor, so often I’ll read through stuff and they’ll say, “okay James that was great, can you just slow it down a little?” Because I have a tendency to barrel through things at times. This is the only time when they’ll be like “you don’t have to worry about it”. Lisa Schaffer is our director on all of these, she’s done a wonderful job. I think there were still some takes, when she said, “okay, you went too fast even for us James, you have to slow down”.

This Flash too, his metabolism burns really fast so he’s always hungry. Which is also pretty similar to me. I’m a pretty slight guy, I’m only five foot four and 120 pounds, but I tend to eat a lot so I find that the Flash and I are compadres in that too.

Check back later this week for more exclusive insight into the making of LEGO DC Super Heroes: The Flash from James Arnold Taylor.