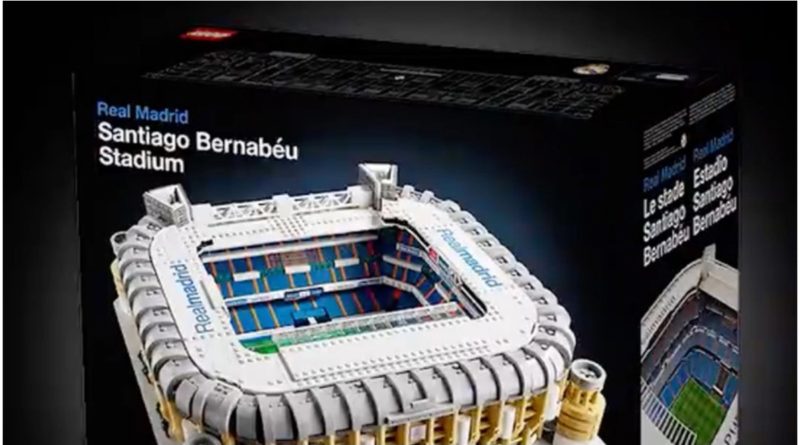 A sneak peek of the latest LEGO football stadium – 10299 Real Madrid Santiago Bernabéu – has popped up online, in a since-deleted video from The LEGO Group.

The video appears to have been posted a few hours before the official release, and gives us a great look at the set in question. Constructed using 5,876 pieces, the set recreates the real life Santiago Bernabéu Stadium which was completed in 1947. The stadium has been the home of Real Madrid since then, and takes its name from Santiago Bernabéu – a former president of the Real Madrid football team.

Early product images from the video suggest that it shares some basic design features with previous LEGO football stadiums, such as printed tiles for the pitch and a modular design. Other features of the stadium are unique such as its blue and orange stands, the REAL MADRID C.F. lettering and the cylindrical towers around the exterior.

10299 Real Madrid Santiago Bernabéu is the third LEGO football stadium to appear in recent years. The first was 10272 Old Trafford – Manchester United – and the second was 10284 Camp Nou – FC Barcelona. The appearance of a third football stadium indicates that this style of set is popular with LEGO fans: keep your eyes peeled for more stadiums in the years to come.

We’re expecting an official reveal of this new stadium very soon. In the meantime, both 10272 Old Trafford – Manchester United and 10284 Camp Nou – FC Barcelona are currently available for purchase from LEGO.com.