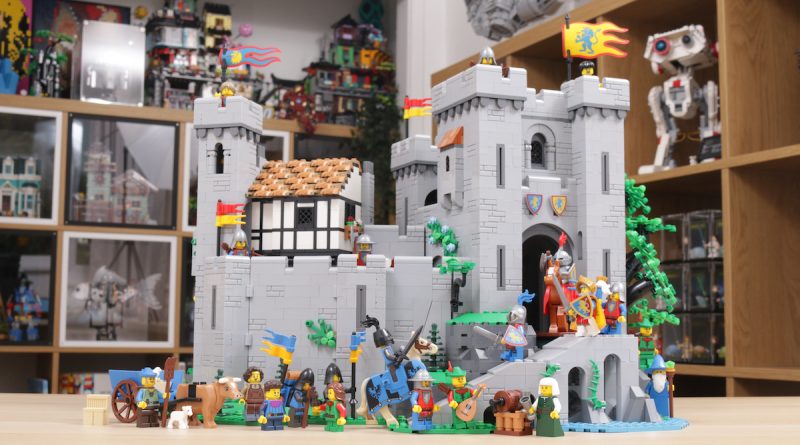 As promised, LEGO ICONS 10305 Lion Knights’ Castle is now available to everyone – so even non-VIP members can indulge in some 90th-anniversary nostalgia.

The flagship set designed to celebrate the LEGO Group’s 90th birthday launched exclusively for VIP members on August 3, giving the company’s most loyal fans first dibs on the 4,514-piece build. That was great news for those of us keen to get our hands on the tribute to decades of LEGO Castle sets as soon as possible, but it turns out it didn’t really matter as far as jumping the gun on inventory levels: 10305 Lion Knights’ Castle is still in stock and available to buy with immediate shipping.

Its lofty price tag of £344.99 / $399.99 / €399.99 might have something to do with that – or it could simply be that the LEGO Group has managed to better pre-empt demand for both this and 10497 Galaxy Explorer, its other brand new 90th-anniversary set, which is also still in stock in the UK, US and Europe. Either way, it means you won’t be in for much of a wait when ordering either or both of the company’s homages to Classic Castle and Classic Space.

Supplies of the thematic gift-with-purchase 40567 Forest Hideout have finally run dry worldwide (so there was your advantage for buying 10305 Lion Knights’ Castle during its VIP early access run), but VIP members will still qualify for 40515 Pirates and Treasure VIP Add On Pack with all orders over £50 / $50 / €50. If you’re not already signed up to the LEGO Group’s loyalty program, head here for a rundown of how it works – and all the benefits included.

Check out our review of 10305 Lion Knights’ Castle by clicking here.