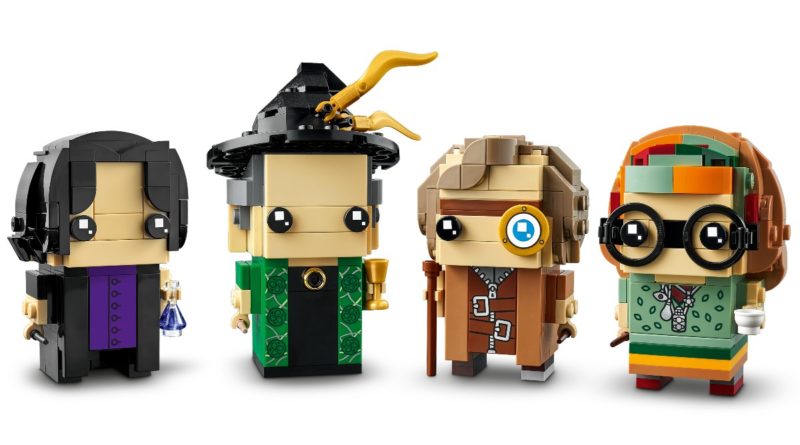 The rumoured LEGO Harry Potter 40560 Professors of Hogwarts BrickHeadz have been officially revealed with a price and release date.

After multiple reports of the BrickHeadz pack, 40560 Professors of Hogwarts has appeared on the official online store, showcasing the new Wizarding World caricatures and letting us know when it will be available.

Using 601 pieces, the set includes Severus Snape, Mad-Eye Moody, Sybill Trelawney and Minerva McGonagall and a small display stand for each. The signature Mad-Eye on Professor Moody is made up of a larger round tile, with the eye coloured light blue instead of black like the rest.

40560 Professors of Hogwarts releases on June 1 in the UK and Europe, though the US listing does not have a confirmed launch date just yet. It may be that it releases at the same time, but we’ll likely know for certain in time.

These four BrickHeadz come in one set that costs £39.99 / €39.99 / $39.99. Each character is a first for the BrickHeadz theme, though have received minifigures in LEGO Harry Potter before.

40560 Professors of Hogwarts launches the same day as the next wave of LEGO Harry Potter in the UK and Europe, which features a set based on the Deathly Hallows films.