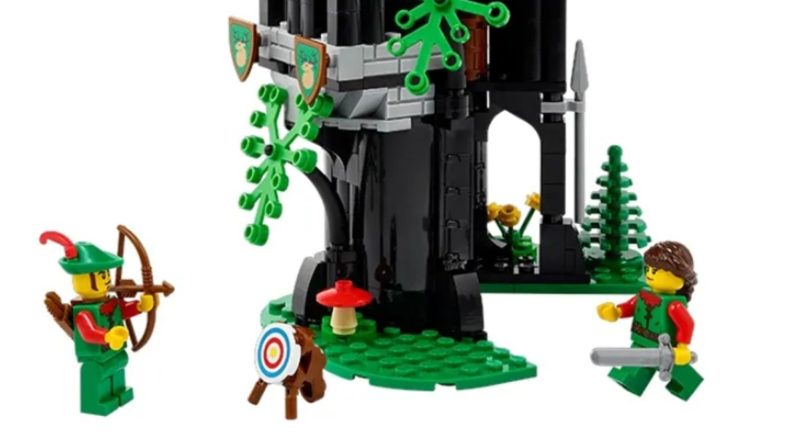 The latest LEGO GWP available now on the official online store is a Castle callback, recreating a nostalgic model for the 90th anniversary.

1988 6054 Forestmen’s Hideout is back in the form of the 40567 Forest Hideout GWP, giving the classic model a makeover but keeping the important elements of its design to ensure that it remains recognisable. Much like 11021 90 Years of Play, the anniversary model focuses on paying tribute to the history of the LEGO Group by memorialising Castle in a new GWP.

Also available today is 30592 Mini Thunder Raider with purchases of £40 / $40 / €40, offering an opportunity to stack both deals and get two free LEGO sets with one order.31120 Medieval Castle