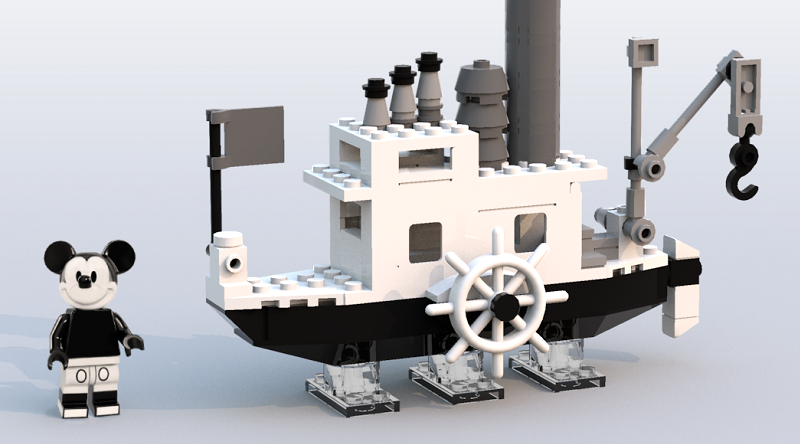 Mickey Mouse is returning to the brick in the next Disney inspired LEGO Ideas set, Steamboat Willie.

Disney’s most famous character, Mickey Mouse, is appearing in a LEGO set based on his most famous piece of animation. The results of the second LEGO Ideas 2018 review round have been revealed, and of the ten product ideas that qualified, Steamboat Willie by Máté “szabomate90” Szabó has been chosen to be released as an official LEGO set.

As an animator, it was the perfect subject matter for Máté to bring to LEGO life. His original project includes a model of the Steamboat Willie boat and a black and white version of the Mickey Mouse minifigure. Fans will have to wait and see what changes are made for the official release. 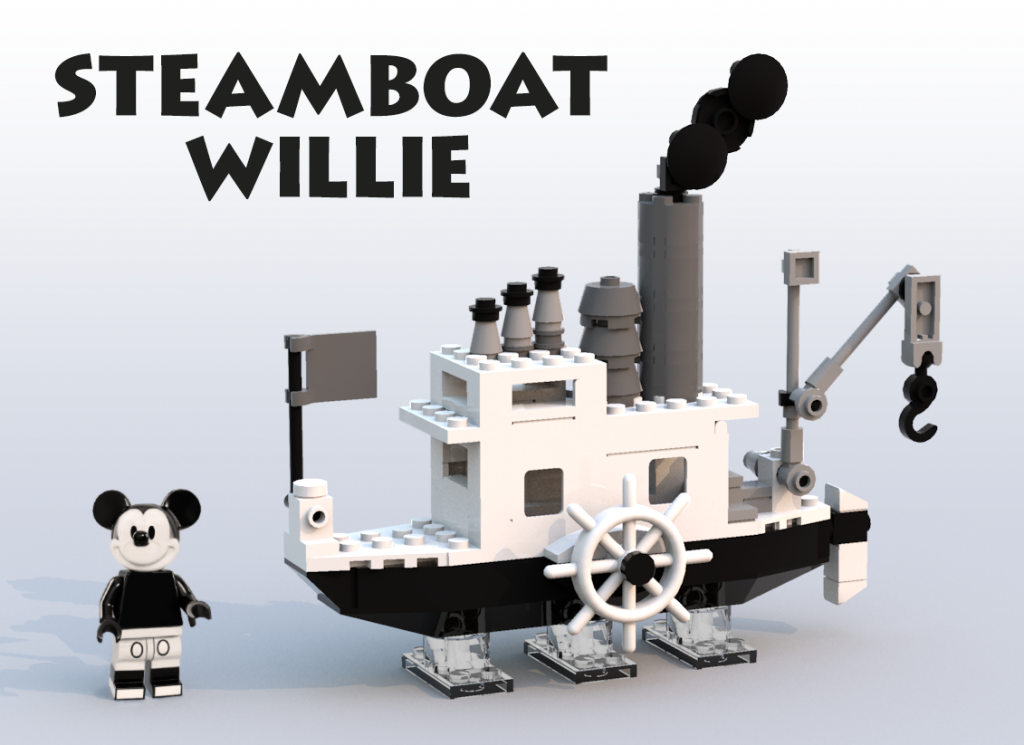 Mickey was introduced in Steamboat Willie back in 1928, with the character’s 90th birthday celebrations continuing into 2019. In the short, Mickey frustrates Pete as he gets into a series of scrapes on the boat he is captaining.

A second set has been confirmed from the second 2018 review period, Central Perk Cafe from the 1990s sitcom Friends.

The announcement comes just two days after the LEGO Group revealed 21316 The Flintstones (review), which will launch on Wednesday.