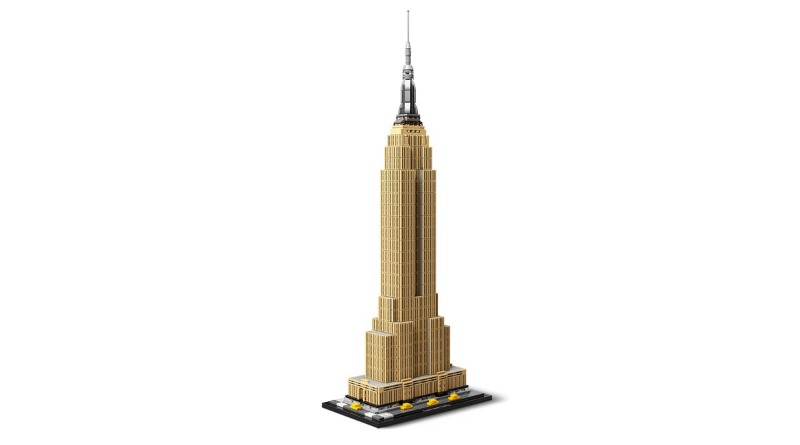 We’ve already seen 21045 Trafalgar Square ahead of its designer signing event in Leicester Square on Saturday, but this is the first time we’re seeing an official image for 21046 Empire State Building. It’s quite the leap from the last version, 21002 Empire State Building, which launched in 2009 with just 77 pieces.

By comparison, 21046 is built from 1,767 pieces, the majority of which are tan grill tiles, judging by the picture. It looks like a formidable build, likely ringing in at the same price point as last year’s 21042 Statue of Liberty (£89.99 / $119.99 / €99.99). And it’s plenty detailed, too – if you look closely, you’ll also spot several yellow New York taxis driving around the base of the iconic building.

Both of the new LEGO Architecture sets are expected to release worldwide on June 1. Before then, you can get your hands on an early copy of 21045 Trafalgar Square for one day only this Saturday at the Leicester Square LEGO Store, where designer Rok Zgalin Kobe will be on hand to sign copies from 11:00 AM to 2:00 PM.