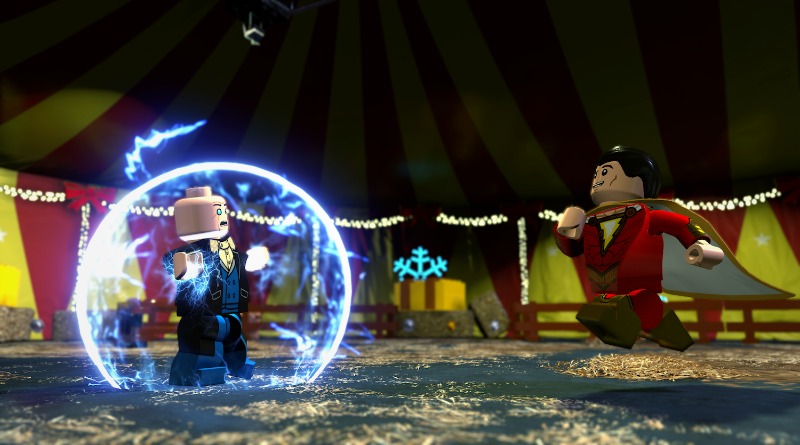 The second piece of SHAZAM! downloadable content is now available for LEGO DC Super-Villains, whether you’re a season pass holder or not.

The first SHAZAM! DLC launched alongside the movie on April 5, and was only available to season pass holders. Now, you can pick up both level packs based on DC’s latest film for £4.99 separately, or simply download the second pack if you have the season pass. Alternatively, you can grab the season pass for £11.99, which will also grant you access to the rest of the game’s DLC.

The new SHAZAM! level pack also adds more characters, including the villainous Dr. Sivana and the entire Shazam family, as revealed in the movie’s climactic showdown (spoiler alert!). You can check out a trailer for the SHAZAM! DLC below:

Warner Bros. has also fired over a few screenshots from the new level pack, along with more info about both packs:

The SHAZAM! Movie Level Packs 1 and 2 offer players the chance to master the powers of favourite characters based on the Shazam! film including Billy Batson and Freddy Freeman who can transform into their Super Hero Shazam form and unlock four characters embodying the sins of man unleashed by Dr. Sivana including Gluttony, Wrath, Pride, and Envy. The second pack adds villainous, Dr. Sivana, and the entire Shazam family to help you defeat him including Pedro, Eugene, Darla, and Mary, alongside the powerful, Wizard Shazam. Both packs expand the main game’s already large roster of over 150 iconic DC characters.