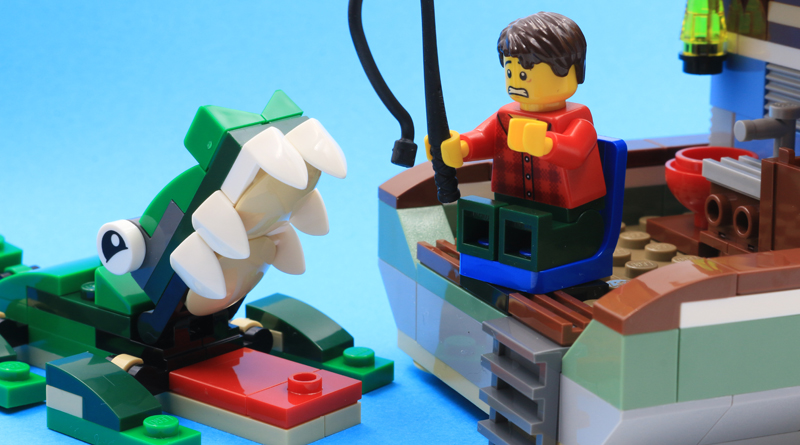 There have been numerous Creator 3-in-1 houses and boats, but 31093 Riverside Houseboat is the first one of its kind in LEGO bricks. The set appears to take inspiration from houseboats in marshlands like the Everglades in Florida, especially with the inclusion of a giant crocodile. Is it a set to quickly snap-up or one to swim on by? 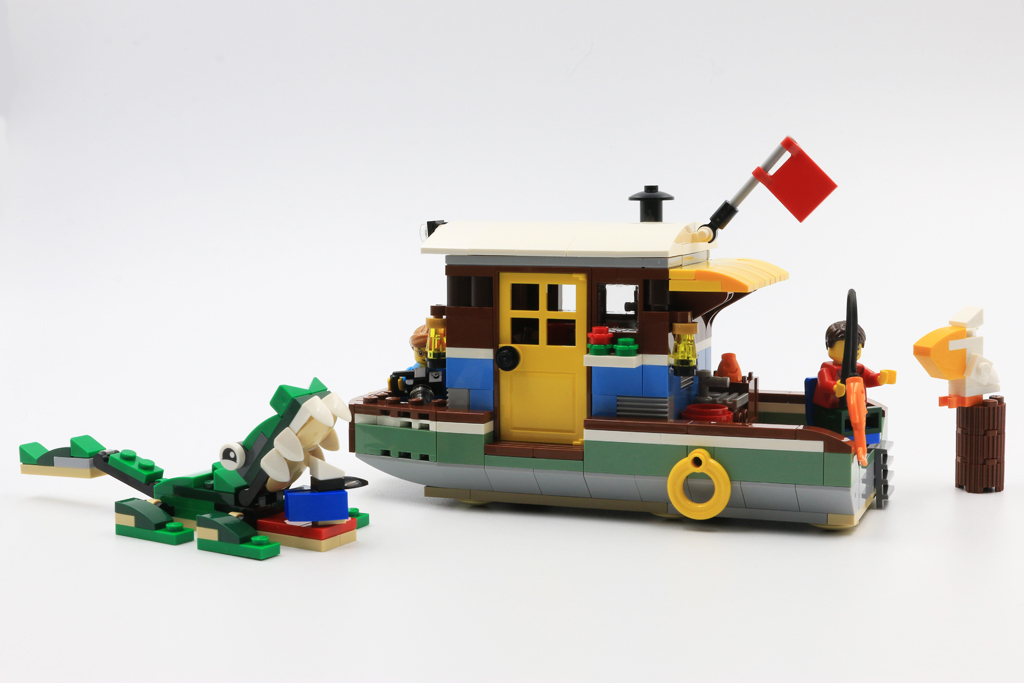 Even if they are supplementary to the main builds, the animals that can be built in 31093 Riverside Houseboat really prove you don’t need many bricks to make something look authentic. The pelican is instantly recognisable due to its huge beak made from a 1×2 inverted brick along with a 1×2 slope. A complete contrast is the crocodile, which has a cartoon-ish appearance. Its eye tiles are attached onto Technic pins, causing them to roll around a lot – making the reptile look especially comical.

As the first build which uses almost the entire piece-count, the houseboat is a solid construction. By using quite a few tiles and slopes it looks smooth in appearance and there’s all the relevant ship-detailing like life-rings and a helm. You can access the interior by either removing the roof or opening the starboard side on hinged plates. Inside the cabin is rather cramped and spartan with a single bed, kitchenette and possibly a television – if you can get a satellite signal in the middle of a swamp. There is a certain charm to the mixed colour scheme of the boat, which makes it look old and as if it has been lovingly repaired many times.

The secondary model in 31093 Riverside Houseboat is a seaplane that is rather chunky and basic in appearance, but is still fun to hurtle through the air. Inside the cockpit is room for a single minifigure but no controls to fly the plane. The fishing pier gives the plane somewhere to land but doesn’t add much play value.

Unfortunately the final build option is very weak – desperately trying to utilise the available bricks to make a fishing village with some kind of fish-only café. It’s not really worth building as it is so dull, and the little fishing boat just looks ridiculous with three oversized crane.

Two out of three isn’t a bad result for 31093 Riverside Houseboat and the marshland theme makes for some unusual models. It is certainly not a must-have LEGO set, but fans of idyllic river based trips will definitely find something to appreciate.

31093 Riverside Houseboat is available now at shop.lego.com. You can help support Brick Fanatics’ work by using our affiliate links. 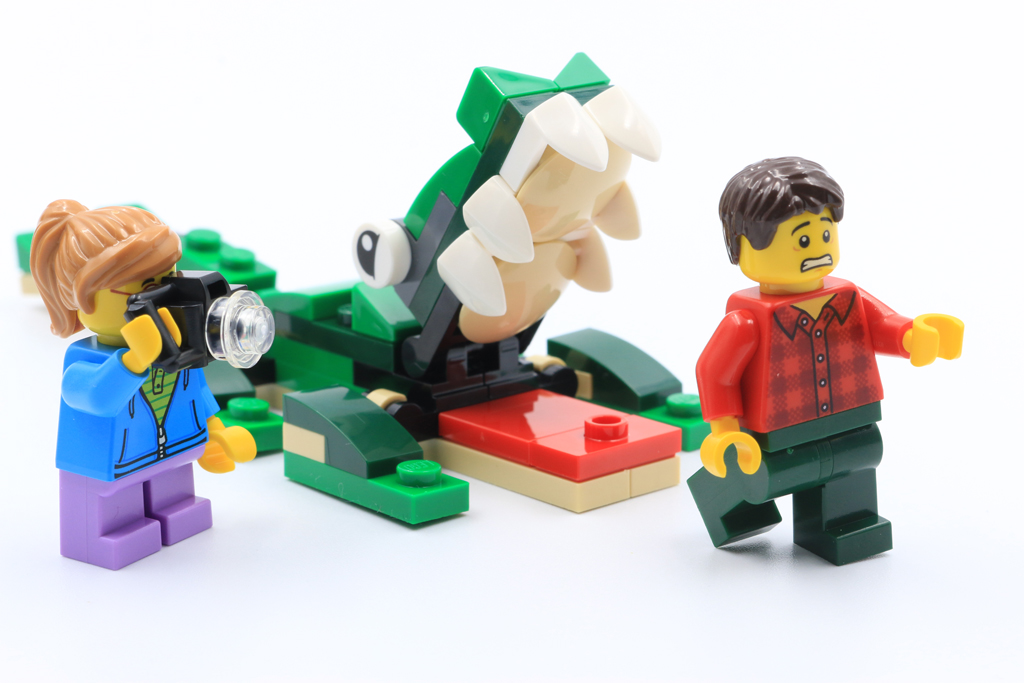