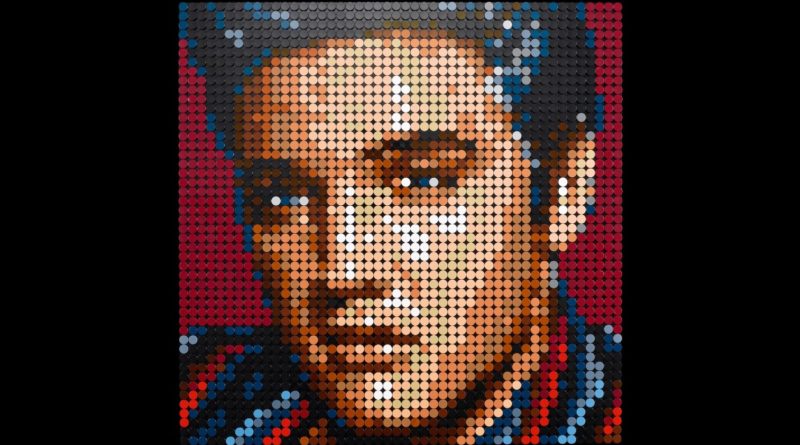 The first images of the rumoured LEGO Art 31203 Elvis Presley – The King have been revealed online, giving us a look at another musical mosaic.

LEGO Art is no stranger to sets dedicated to musicians, with one of the first models in the theme depicting The Beatles in 31198 The Beatles. 2022 looks to be continuing this with a build for Elvis Presley, including two alternate options.

With 3,445 elements, 31203 Elvis Presley – The King was revealed through a listing on Brickmerge.de that was then reported on by Brickset and Hoth Bricks with a gallery of images to look through.

Similar to other LEGO Art sets, the model is a mosaic of the musician built across a square base with a brick-built frame, and an assortment of one stud round tiles are featured as well as a crowbar and wide brick separator.

Three mosaics can be made with the pieces in the set, depicting Elvis Presley in various poses, including one where he is singing.