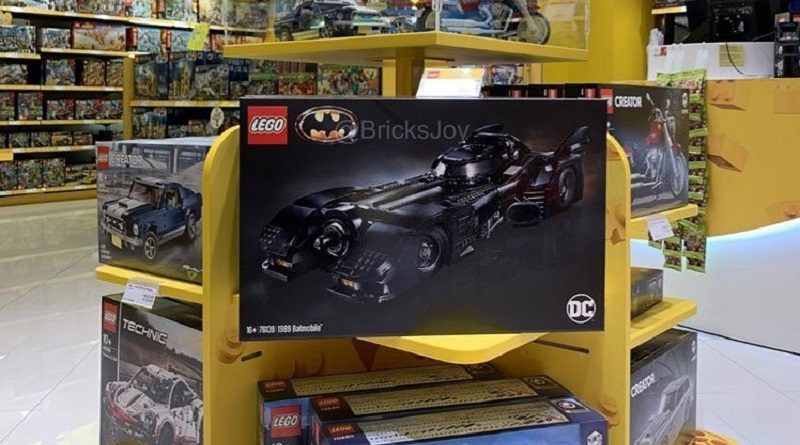 LEGO Batman 76139 1989 Batmobile has turned up at the LEGO Store Billund Airport, Denmark.

A brand new, previously unannounced LEGO Batman set has been discovered in the LEGO Store at Billund Airport, Denmark. Just a mile or so from the LEGO Group’s headquarters, the set inspired by the classic film has turned up. 76139 1989 Batmobile recreates the classic Batmobile from Tim Burton’s 30 year old film.

It is part of several occasions this year that the LEGO Group has celebrated the 80th anniversary of the Dark Knight. A recent LEGO Ideas Activity encouraged builders to celebrate Batman’s big anniversary by building something related to the brooding hero. It is rumoured that a special D2C set will be released to commemorate the occasion.