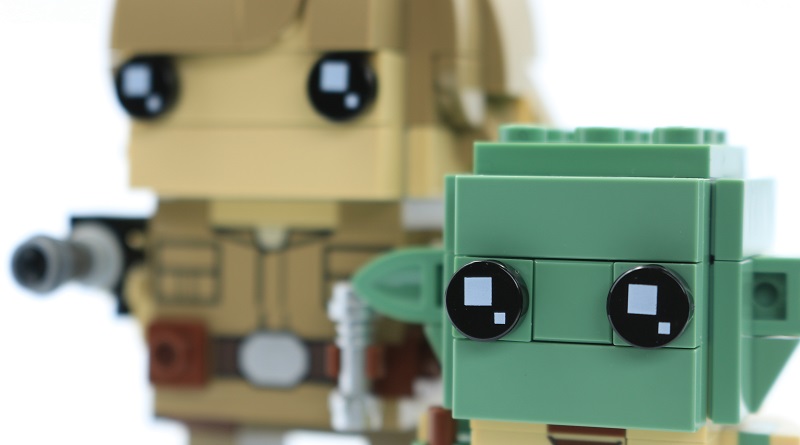 Will LEGO BrickHeadz 41627 Luke Skywalker & Yoda do justice to two of the Star Wars saga’s most important characters?

“You must go to the Dagobah system. There you will find Yoda, the Jedi Master who instructed me.” That was the advice given by Force ghost Obi-Wan Kenobi to a nearly hypothermic Luke Skywalker after he had escaped the ravenous Wampa. It is a shame that Obi-Wan forgot to mention to land carefully, that Yoda had gone slightly mad, or that the murky waters were full of droid-munching monsters. Fortunately BrickHeadz Luke Skywalker & Yoda do not have to end up in such a swampy mess – although some keen brick photographer will no doubt rectify that before long. 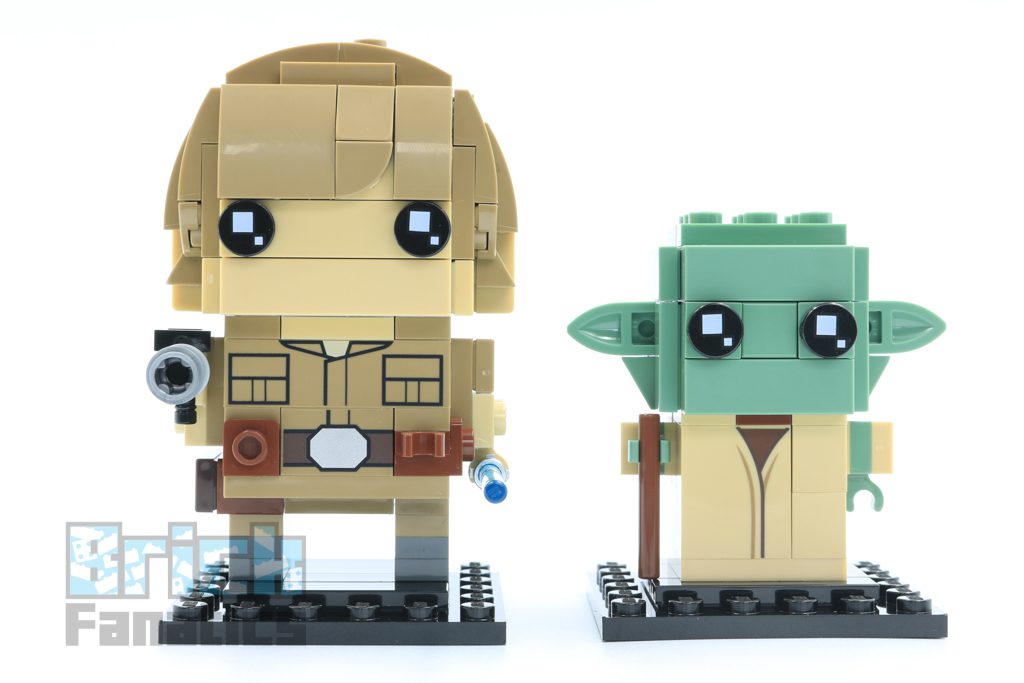 To replicate Yoda’s diminutive size, his figure does not follow the typical BrickHeadz building method, but instead something closer to Olaf from 41618 Anna & Olaf. Plates and tiles in sand-green are placed onto 1x1x1 bricks with exposed studs. The colour scheme is a good choice as the green isn’t overly bright.

Inverted tooth-plates cleverly re-create Yoda’s pointed ears, however they don’t quite look big enough when compared to his on-screen appearance. The wizened master could also have benefited from some more printing for extra detail, whether it was the blissl around the Jedi Master’s neck or some wrinkles to add more age to his face.

Luke Skywalker comes outfitted in his Dagobah training fatigues, although obviously from before his training actually begins because they are nice and clean. His belt is partly printed and the rest is made from brackets and clips to mimic the many pouches. This means that Luke can either be displayed holding his ignited lightsaber or with the hilt hanging from his belt.

There is more printing on Luke’s shirt, but surprisingly for the LEGO Group’s quality control system, it does not line-up correctly with that on the belt. It could be limited to this particular sample, but given the sizable production run and chances of getting a one-off error, that seems unlikely.

The young trainee’s mussed-hair uses a myriad of different sized slopes and tiles in dark tan, and its choppiness is achieved by off-setting a few of the pieces. The only slight drawback to this colour palette is that because the figure is predominantly the same colour, Luke is visually quite bland.

To butcher one of Yoda’s quotes, luminous beings are these BrickHeadz, not just blocky matter. 41627 Luke Skywalker & Yoda faithfully captures The Empire Strikes Back appearance of both the young and old Jedi, although they are not quite the best that the Star Wars selection of BrickHeadz has to offer.

41627 Luke Skywalker & Yoda is available now at shop.lego.com. You can help support Brick Fanatics’ work by using our affiliate links. 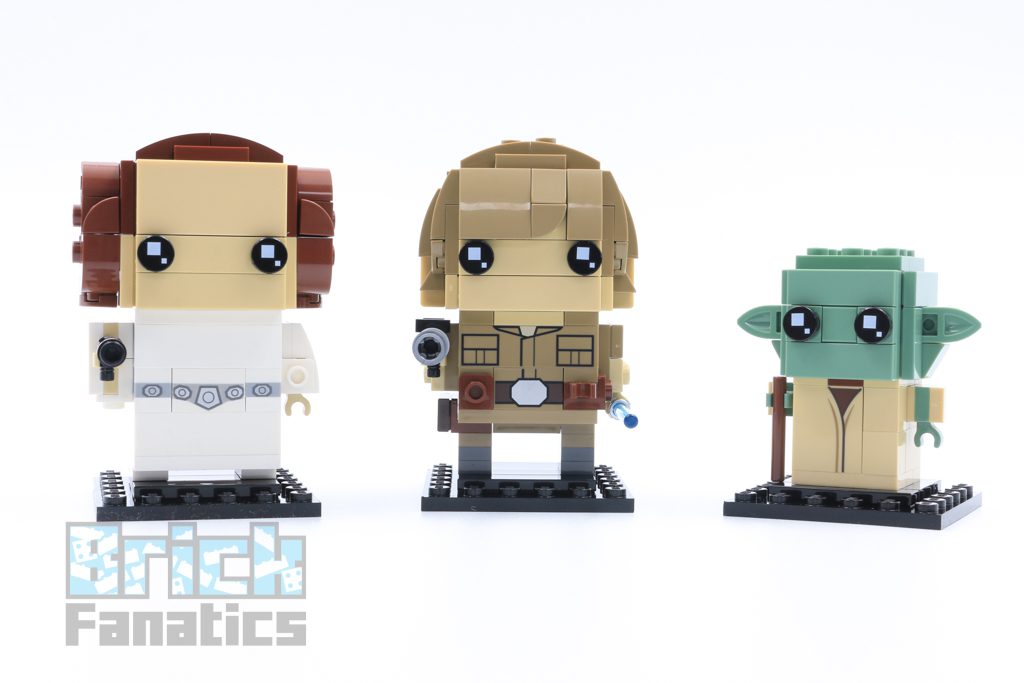