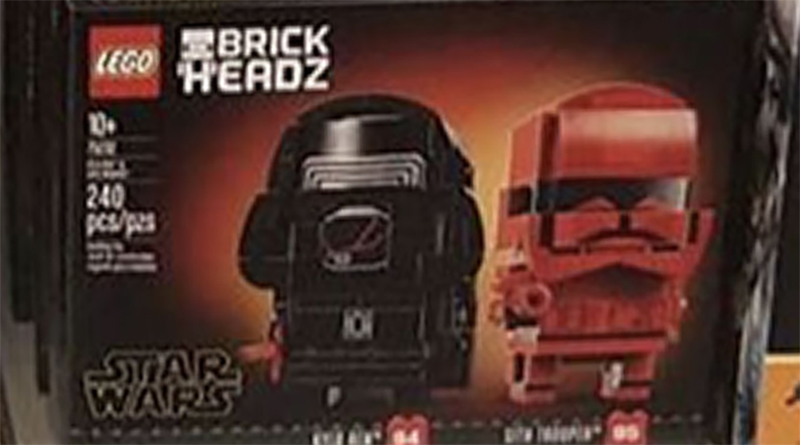 In the USA, a new LEGO Star Wars set has turned up at retail, Rebelscum reports. A Target store in Texas is selling a new LEGO BrickHeadz set based on Star Wars: The Rise of Skywalker – 75232 Kylo Ren and Sith Trooper. The new set uses 240 pieces and builds two of the First Order’s evil enforcers.

The new film is expected to see Kylo Ren repairing his distinctive helmet, ahead of his encounter with Rey that will provide an epic conclusion to the Skywalker saga. Sith Troopers are a new type of trooper who will be introduced in the movie, who are shrouded in mystery for now.

A full wave of sets from The Rise of Skywalker are expected on Triple Force Friday. 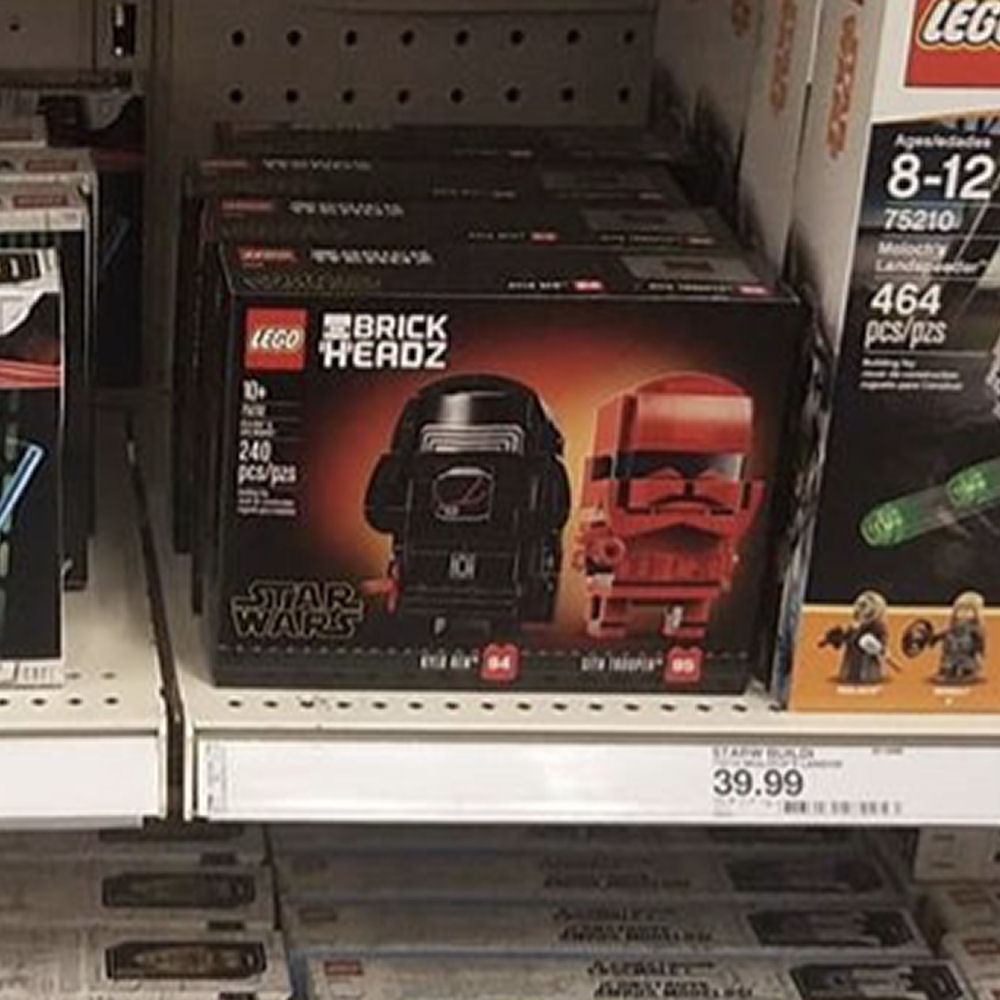