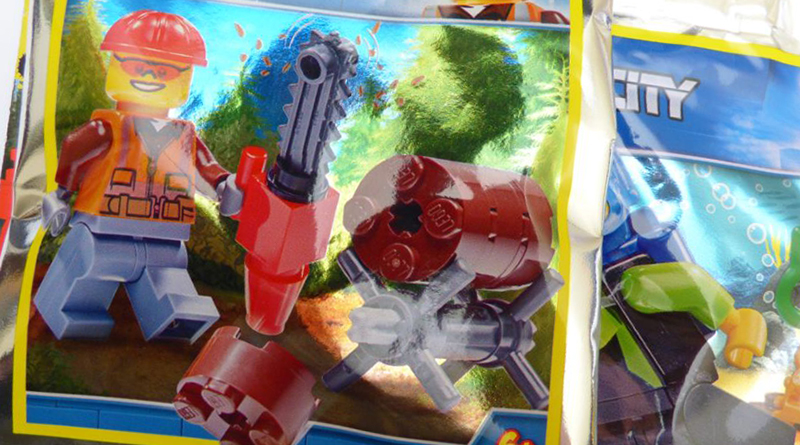 A lumberjack minifigure with accessory mini builds comes with LEGO City magazine Issue 22, which is available as of today in the UK.

Issue 22 of LEGO City magazine comes with a foil bagged lumberjack minifigure as well as a log and saw build. A bonus build from a previous issue of the title is also included. Inside the magazine there are puzzles, comics, posters and the build instructions. This edition of the magazine is priced at £4.99.

The little minifigure and build uses 17 pieces. The character wears a hard hat and the log is built from four round 2×2 pieces. A saw accessory is built using three elements.

Named Jack Lumber, the minifigure features in the comic book story showing the way he interacts with nature and his community. The character themes the tnire issue, with colouring pages, spot the differences and other puzzles. A cut-out backdrop offers a reversible forest scene, that can feature ither summer or winter.

Next month’s LEGO City magazine, Issue 23, will come with a Police Officer minifigure with a motorbike accessory. It uses a total of 15 pieces. The publication will be on sale on January 15.