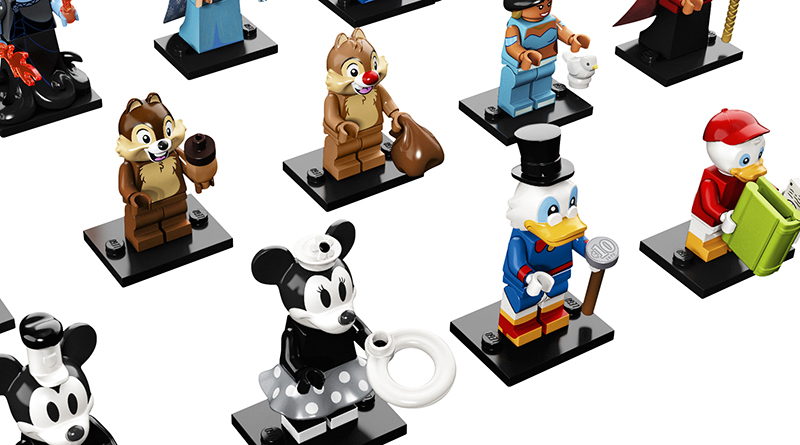 LEGO Collectible Minifigures is fulfilling fans’ wishes with Disney Series 2 this May.

The LEGO Group has collaborated with Disney once again, bringing LEGO Collectible Minifigures 71024 Disney Series 2 to fans on May 1. The blind bags will offer 18 new Disney minifigures, building on the original 71012 Disney series from 2016. They come from a mix of film, television and animated shorts.

Priced at $3.99, collectors will be seeking out the following characters this May:

Fans now have an explanation as to how Mickey and Minnie were able to sport new hats in the recently revealed LEGO Ideas 21317 Steamboat Willie set (review). That set will be released on April 1, exclusively at shop.LEGO.com.

In a recent wishlist from Brick Fanatics, a number of these characters appeared – Anna, Elsa, Chip, Dale and Scrooge McDuck – the team never expected the old curmudgeon to also get all of three of his nephews in the same series though.