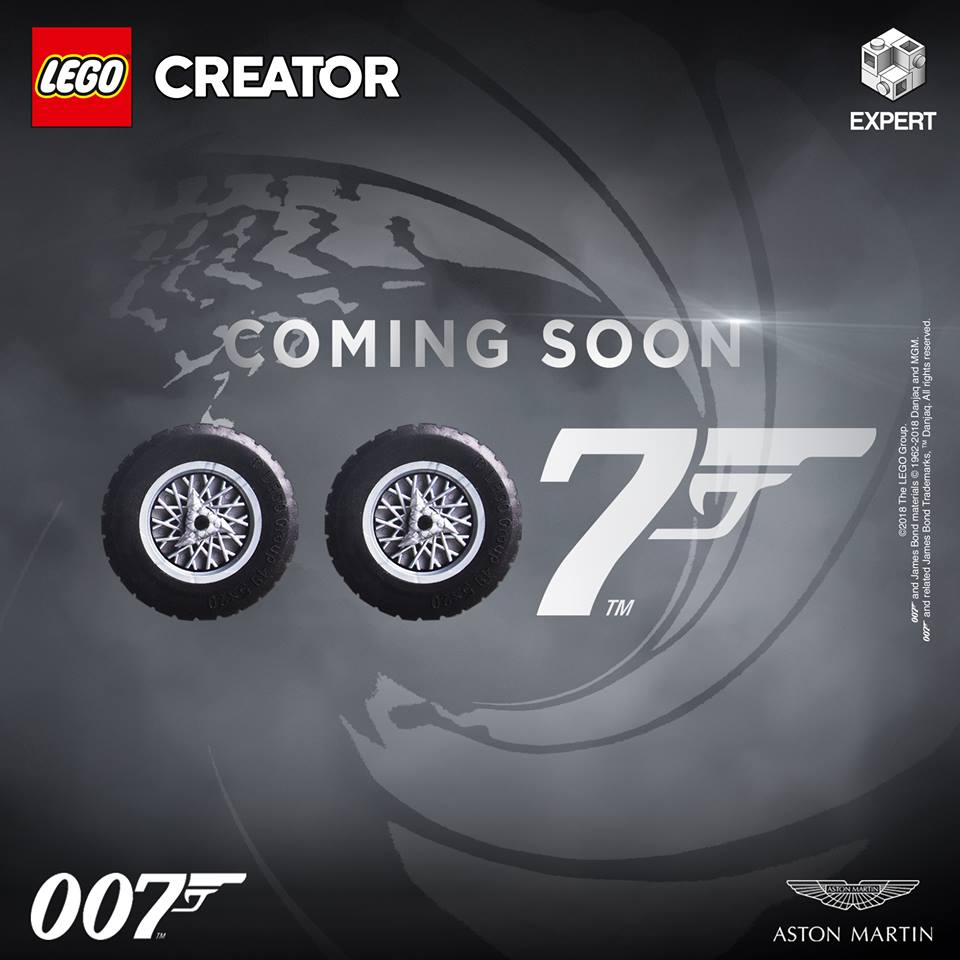 An announcement for LEGO Creator Expert 10262 James Bond Aston Martin DB5 may be imminent – and could come tomorrow, one week ahead of the product launch.

In yet another social media tease, the [geot exclude_country=”United States”]LEGO[/geot][geot country=”United States”]LEGO[/geot] Group has shared the 007 logo using the wheels from LEGO Creator Expert 10262 James Bond Aston Martin DB5 – and it looks pretty certain that they will incorporate the sabotaging function seen in Goldfinger (which Brick Fanatics picked as one of the must-have gadgets).

Alongside the image, the LEGO Group offered the text, “Are we there yet? Nearly.” Depending how the company defines nearly, that could mean an announcement is coming together, seven days ahead of the product launch.

The set will be released at a launch event at the LEGO Store Leicester Square, London on July 18 from 10.07am. It will only be available to VIP members for two weeks, before it will be on general release at shop.LEGO.com and the LEGO Store. As VIP membership is free, anyone will be able to own the set from July 18.

Brick Fanatics has come up with a wish list for which gadgets should be included in LEGO Creator Expert 10262 James Bond Aston Martin DB5.