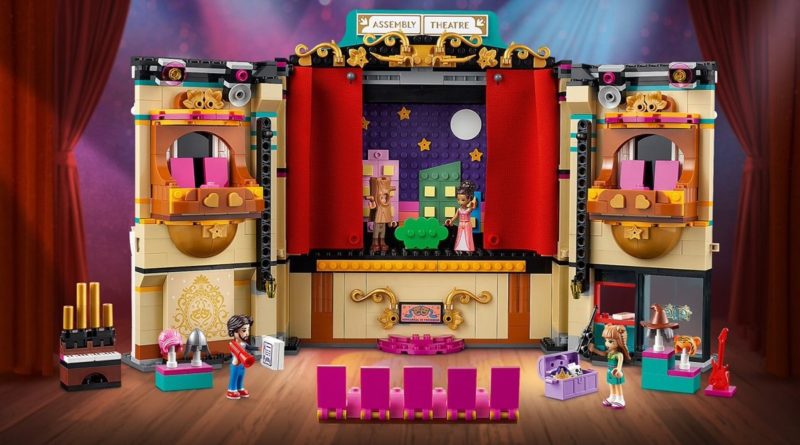 The designer of the newly-revealed LEGO Friends 41714 Andrea’s Theater School says the timing of its release – alongside 71033 The Muppets – is ‘purely coincidence’.

When images of this summer’s flagship Friends set first landed online, the LEGO community’s reaction was largely homogenous: what a perfect setting for the newly-released 71033 The Muppets Collectible Minifigures. So perfect, in fact, that it must have been planned by the individual LEGO teams working on both those products.

After all, in a company as huge as the LEGO Group, harmonising its launches is surely not only a priority, but also relatively straightforward – especially for in-house themes like Friends, which presumably face fewer restrictions from external factors than licensed sets and minifigures. But as it turns out, the synergy between these two products was just another happy accident.

“For this set I wanted to cram in as many props and accessories as possible for people to put on the play of their dreams,” 41714 Andrea’s Theater School designer James May tweeted. “And no, I had no idea about the Muppets CMF line, that was purely coincidence.”

It’s not the first time the LEGO Group has debuted sets that play very nicely together seemingly by chance: this year’s LEGO Star Wars Diorama Collection and 76956 T. rex Breakout both feature display models on black bases with quotes from their respective movies, but according to the Star Wars design team, that was also just ‘a coincidence’.

In the meantime, check out our review of 71033 The Muppets by clicking here.