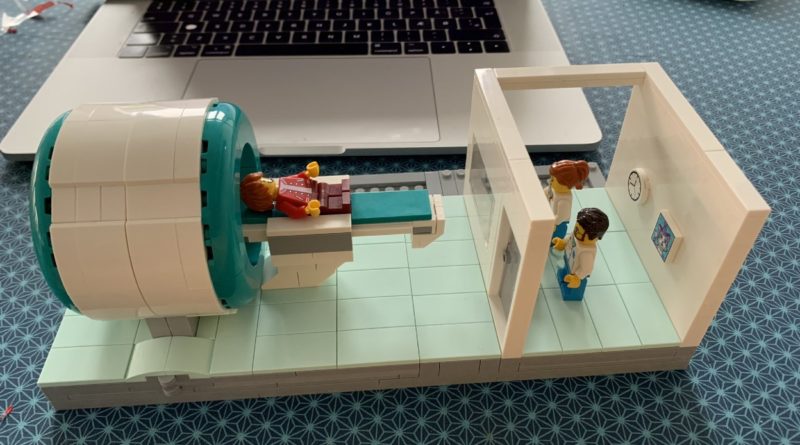 The LEGO Group is donating model MRI scanners to hospitals to explain the process to kids, and the exclusive build has been showcased online.

Fraser Lovatt, an employee of the LEGO Group, has taken to Twitter to share more about the exclusive build and the story behind it. The creation isn’t available for sale and the instructions won’t be accessible online, but photos of the construction process have been revealed.

The model uses a mix of white, grey and blue bricks to mirror the hospital setting and help familiarise younger patients with the process ahead of them. The build is split into two rooms, one continuing the MRI scanner and another for staff to stay and monitor the patient.

An image later in the Twitter thread shows how the LEGO MRI scanner can open up to reveal the internal machinery to children and help them understand what is going to happen, and stop them from worrying about the process.

The employee reveals that a fellow worker at the LEGO Group, Erik Ullerlund Staehr, came up with the idea for the model and that the LEGO Group is now tasking employees worldwide to build the exclusive sets and donate them to a local hospital.

Back in 2020, a LEGO Ideas project proposing an official set for a different type of MRI scanner was pitched on the platform but was not approved in the review stage.