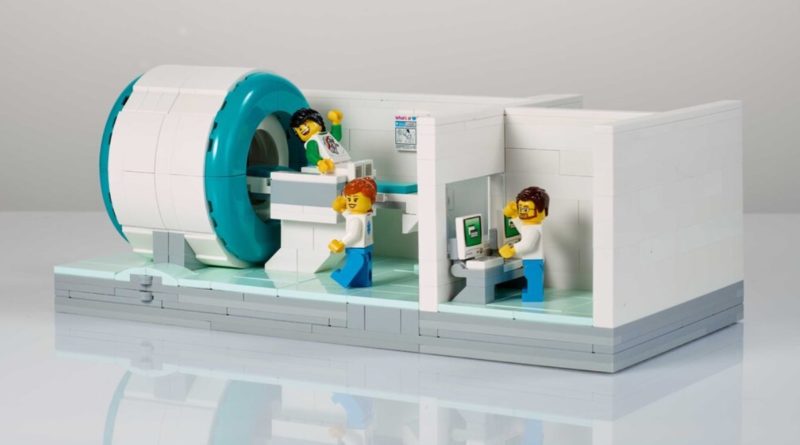 The LEGO Foundation has announced plans to donate 600 brick-built MRI scanners to hospitals around the world, with applications now open on a first-come, first-served basis.

Medical professionals around the world have been keen to get their hands on the LEGO scanners – which are designed to make MRI scans less daunting for children – since LEGO Group employee Fraser Lovatt showcased the build on Twitter in January, and the LEGO Foundation has now followed through on its promise to make the builds more widely available.

The brick-built MRI scanners – which consist of more than 500 elements each – began life as a passion project for LEGO employee Erik Ullerlund Staehr, in conjunction with Denmark’s Odense University Hospital. As well as make the scans less intimidating, the models are designed to help kids better understand complex MRI machinery.

Since Staehr and the team developed the first prototype in 2015, the Department of Radiology at Odense University Hospital has used the LEGO scanners to help more than 200 children every single year, while nearly 100 hospitals worldwide have also benefited from the initiative.

“I’m extremely proud of this project and the positive impact it’s already had,” said Staehr. “I’ve seen first-hand how children have responded to these models; making them feel more relaxed and turning an often highly stressful experience into a positive, playful one. From making a few LEGO MRI models with other LEGO employees in our free time, it’s amazing to see the project now being rolled out more broadly.”

The LEGO Foundation is now scaling the project up to 600 more hospitals, and has also produced additional training materials for hospital staff in the form of four videos. The first 600 eligible applicants to fill out the request form will receive a LEGO MRI scanner, which will be built by LEGO volunteers and shipped free of charge to hospitals.

Eligible applicants must be based in a radiology department at a hospital with an existing MRI scanning facility for use with kids and adolescents. Click here to find the request form.

“MRI scans can be scary, anxiety-inducing experiences for all of us, but especially so for children,” added Dorthe Feveile Kjerkegaard, Play & Health Specialist at the LEGO Foundation. “Through a playful learning approach, such as the LEGO MRI Scanner, we’ve been able to take children through the process step by step to prepare them for what’s to come, and in turn, help them to feel safe by making the unknown, known.

“The feedback so far has been overwhelming. We’re honoured to be able to help both children and their parents have a more positive and less stressful experience, and look forward to supporting even more families around the world with the expansion of this concept.”