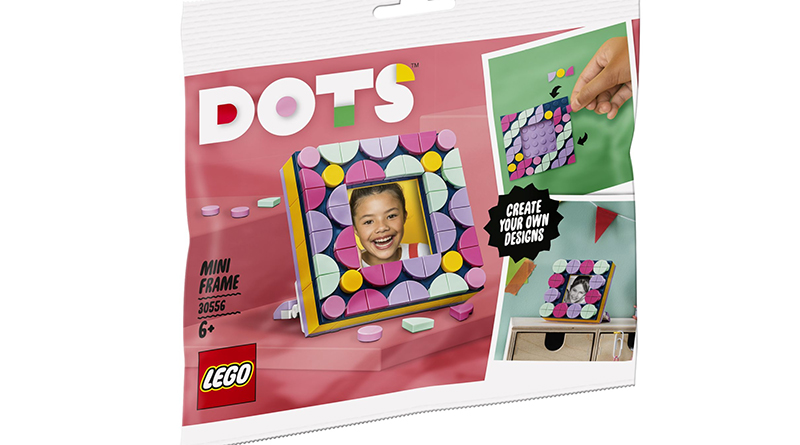 LEGO DOTS launches soon and a promotion is on the way for a free polybag, 30556 Mini Frame.

On March 1, the much-hyped LEGO DOTS theme will arrive at LEGO.com and other retailers. 30556 Mini Frame will be free with purchases totalling $35 or more from March 9 until March 22. The Brick Fan has highlighted the deal, that has been revealed on the new store calendar.

LEGO DOTS 30556 Mini Frame looks to build a tiny photo frame ready to hold a snap, which can then be ‘dotted’, presumably with a selection of 1×1 tiles that will be included with the set.

The theme is a new entry by the LEGO Group into the arts and craft market, with a mix of brick-built home décor items and wearable bracelets that can be covered with 1×1 LEGO tiles – also known as DOTS. The products were first revealed at a launch event that also saw the opening of the HOUSE OF DOTS, a collaboration between the LEGO Group and artist Camille Walala.