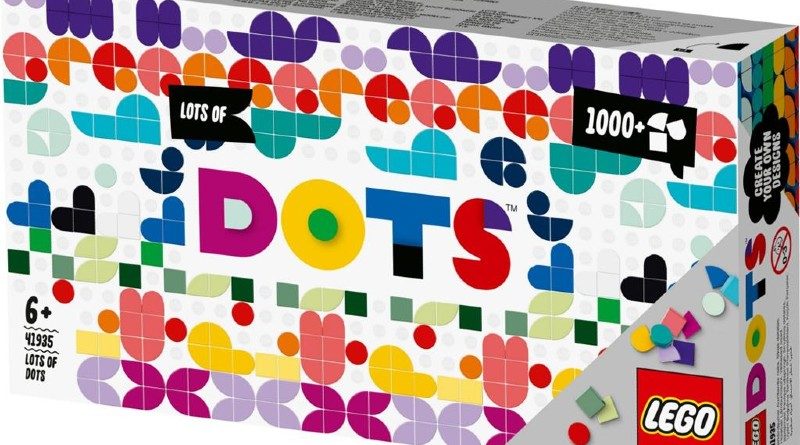 LEGO DOTS is back this summer to fulfil all your colourful tile needs in a new range of sets, including one with over 1,000 pieces.

The LEGO Group’s range of arts and crafts models have five builds out later this year with the usual trays of bricks accompanied by some experimental outings for the theme.

Clearly, you’ve been looking for a lot of LEGO tiles in a cost-effective package, at least that’s what the LEGO Group thinks as 41935 Lots of DOTS not only has the best set name so far but includes over 1,000 1×1 coloured tiles for €19.99.

Alternatively, 41398 Creative Designer Box provides 849 pieces to make whatever crafty items you so desire, as LEGO DOTS seems to be stepping away from accessory-specific kits.

The theme’s first multi-pack also launches this summer with one set containing enough bricks for a pencil holder, bag tag, photo frame and wristband, summing up the theme’s most recent efforts in one package.

The Dutch retailer also revealed several other sets from themes such as Minecraft, Disney, NINJAGO and Creator, making for an exciting summer for LEGO-lovers.