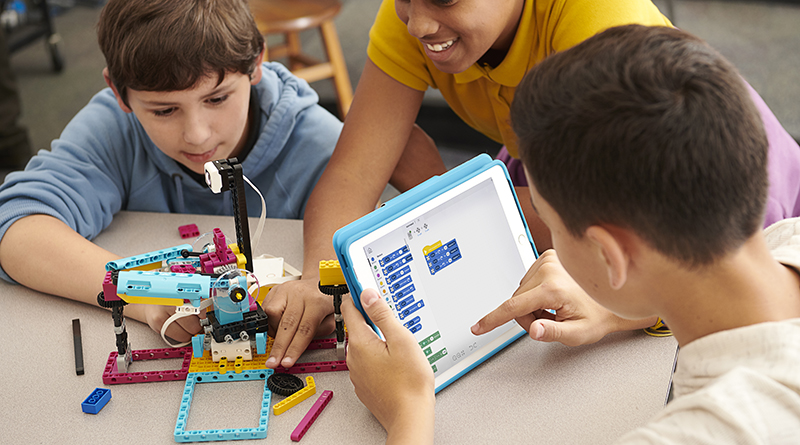 To celebrate 40 years of LEGO Education, the company is launching SPIKE Prime.

“As an educator who is always trying to find new ways to teach STEAM topics, I’m excited about LEGO Education SPIKE Prime because it fits in with the maker mindset and creative elements that help get students at all levels involved and hands-on in the classroom,” says Jon Bishop, K-12 STEM Coordinator for Canton Public School District and LEGO Master Educator.

“We all know STEAM topics are important, and with SPIKE Prime you can bring that into any class – whether it’s a dedicated STEAM or robotics class or a Science, Math or even English course. The diversity of SPIKE Prime makes me most excited about bringing it into my school district.”

LEGO Education has evolved since it launched four decades ago, with projects like First LEGO League bringing it to more children and classrooms than ever before. SPIKE Prime can be used in the competition this year.

“While a lot has changed in the 40 years since LEGO Education was formed, the mission we committed to is as relevant today as it was then,” says Esben Stærk, president, LEGO Education. “Playful learning is at the heart of the company, and we have always believed that hands-on learning builds the confidence and skillset children need. With the acceleration of artificial intelligence, Internet of Things, and automation, it’s more important than ever to equip teachers with solutions and resources like SPIKE Prime that engage all students in STEAM learning and develop the skills required in the 21st century job market.”

Applications are open for the LEGO Education Master Educator Program, recognising educators who inspire confidence in their students and bring technology to the classroom in an engaging way. Those based in Australia, Russia, the United Kingdom and the United States can apply until April 30.