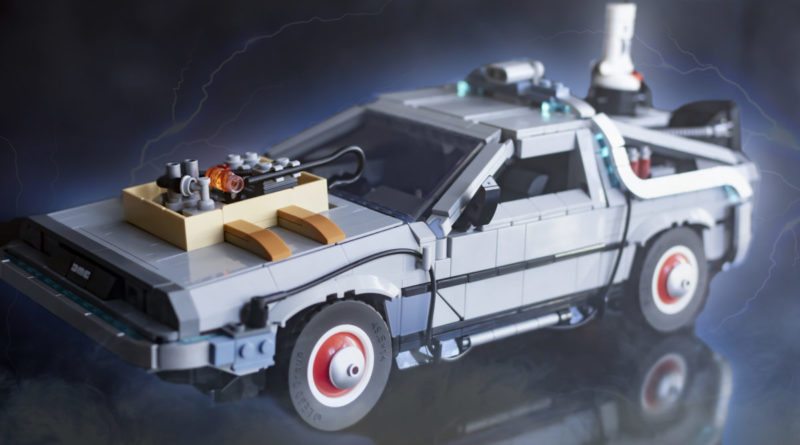 The designer of LEGO Creator Expert 10300 Back to the Future Time Machine has explained how the LEGO Group decides between using stickers and printed pieces.

Many of the LEGO Group’s processes are relatively opaque to fans, although interviews with members of the company’s design team are slowly demystifying the reasons behind specific decisions. The latest of those comes straight from Sven Franic, the lead designer on the newly-revealed 10300 Back to the Future Time Machine, which lands on shelves on April 1.

Spread across that 1,872-piece set are several stickers, but none of them are for the DMC (DeLorean Motor Company) logo that sits on the car’s bonnet. That 1×2 slope is notable not only for being the set’s sole reference to the DeLorean brand – the bricks, packaging and instructions otherwise don’t mention it at all – but also its only printed piece.

Speaking to Brick Fanatics and other LEGO Fan Media during a recent roundtable, Sven explained why the design team opted to print that particular element above all others – and how the LEGO Group generally decides when and where to use stickers.

“We try to prioritise prints for smaller parts, or anything where it’s easy to make a mistake or put it on upside down, or if it’s round,” Sven clarifies. “If we can, we prioritise prints. Also, that’s kind of the face of the vehicle, and when you don’t have that logo, it seems to lose a lot.

“But sometimes, we actually prefer stickers. Sometimes it’s also due to margins. With printing, you have certain limitations and margins and stuff, and you actually end up with a better result with a sticker.”

The LEGO Group is seemingly making a conscious effort to move away from decals in sticker-heavy themes like Speed Champions, where the focus for 2022 has been on building previously stickered details with bricks, or otherwise printing necessary parts like headlights. Some sets still require an immense amount of stickers, however, which will apparently be the case for 76956 T. rex Breakout.

Still, it’s positive to see the company making allowances for printed pieces where aligning them incorrectly can really detract from the impact of the overall set, as would likely have been the case with 10300 Back to the Future Time Machine’s DMC logo. And hey, at least none of the rest of its stickers are as egregious as this one.