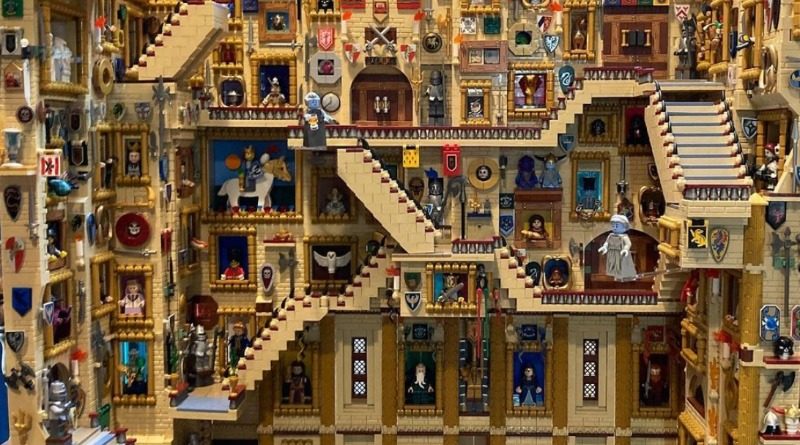 LEGO Harry Potter 71043 Hogwarts Castle is certainly magical in itself, but now a LEGO fan has taken the brick-built wonder to another level.

Instagram user ericklaw created moving staircases in his own version of Hogwarts Castle. The robotics were made possible by his son Zack, who learned programming skills at school.

Their build is not incorporated into 71043 Hogwarts Castle. Instead, it’s an open structure showing several turning staircases and dozens of portraits, reminiscent of panning shots from the Harry Potter films.

In the books and films, the moving staircases are part of the living magic of the castle. The students learn how to navigate the castle despite the constantly changing layout, seemingly with no rhyme or reason to it.

Erich and Zack’s build features plenty of LEGO Harry Potter minifigures to traverse the stairs, as well as Hogwarts ghost minifigures floating overhead. Many of the paintings are also made from minifigures, creating extra depth on the walls.

71043 Hogwarts Castle is due to retire in December 2022, so we might see more and more creative interpretations of the iconic building in the coming years. If MOCs aren’t for you, there are also plenty of new official LEGO Harry Potter sets available this summer that might pique your interest.