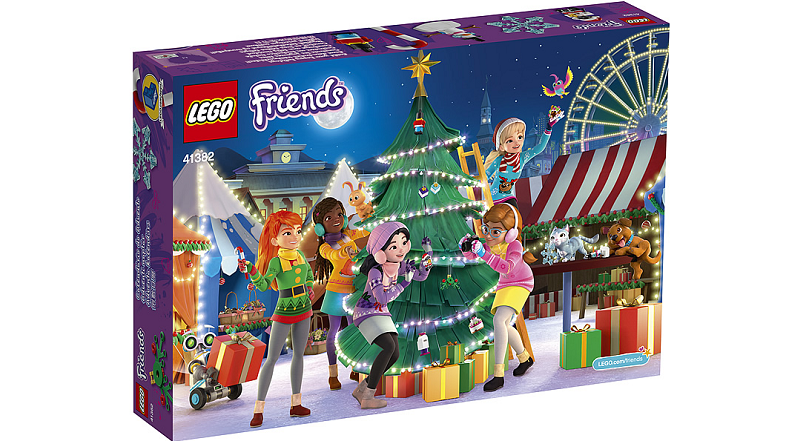 Official images have revealed LEGO Friends 41382 Advent Calendar, one of this year’s options for the festive brick-builder.

As has become tradition, a LEGO Friends advent calendar is on the way. 41382 will come in a special box that opens to reveal 24 doors, ready to countdown to Christmas starting on December 1. Each day a mini-build will be hidden within, with the exception of the one day that an exclusive mini-doll is waiting to be unwrapped.

Zusammengebaut has shared these images of the box and its contents.

With LEGO Star Wars 75245 Advent Calendar, LEGO Harry Potter 75964 Advent Calendar and LEGO City 60235 Advent Calendar announced, it is a bumper year for Christmas countdowns from the company – the greatest number of calendars released in one year was previously three, so this is the most faith that has been shown to festive brick calendars.

The set is expected to be released on September 1 with a €29.99 price tag.