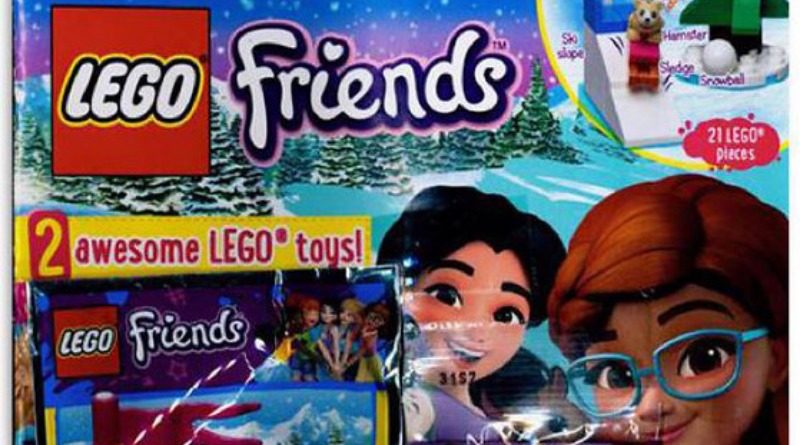 In one of the more bizarre LEGO stories you’ll read this year, Issue 77 of Immediate Media’s LEGO Friends magazine is apparently being recalled over a recipe for dog treats.

British supermarket Tesco has issued the recall notice on behalf of publisher Immediate Media, stating that customers who have already purchased the magazine can return it for a full refund.

The concern apparently surrounds a recipe for dog treats on page 25. According to the recall notice, the list of ingredients includes raisins, which are toxic to dogs. You don’t need to return the magazine (particularly if you’d like to keep the free LEGO attached to the front of it) – just don’t use the recipe.

Issue 77 of the LEGO Friends magazine originally hit shelves on December 16, complete with two free foil-bagged builds, but you likely won’t find it available for sale anywhere now. The next issue of the monthly magazine will launch later in January.

The latest issues of Immediate Media’s LEGO Star Wars, NINJAGO and CITY magazines are all still available through newsagents and supermarkets. Hit the links below for a closer look at the freebies they’re bundled with: