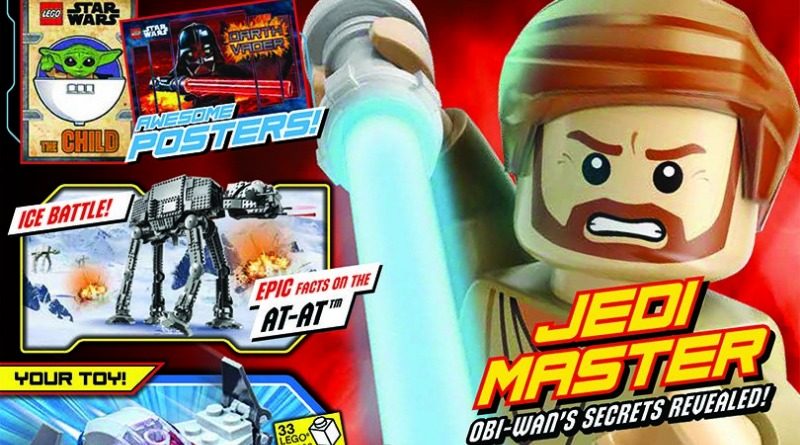 The latest issue of the LEGO Star Wars magazine includes the title’s usual mix of puzzles, comics and posters, along with a spotlight on 75288 AT-AT. It can be had from all good supermarkets and newsagents from today, December 16.

Your £5.99 will also net you two foil-bagged gifts. One is a 33-piece rendition of Obi-Wan’s Jedi Interceptor, while the other is a mystery extra toy. It’s likely to vary from mag to mag, so keep an eye out at different retailers to weigh up all your options.

We’ll be bringing you a closer look at the mini-models as soon as our copy of the magazine arrives. It’s not the only LEGO Star Wars magazine on shelves at the moment, either – a new Giant Series issue is currently available, bundled with 30386 Poe Dameron’s X-wing Fighter.

The previous issue of the regular-sized LEGO Star Wars magazine included a rare version of Luke Skywalker in his Bespin garb, which has previously only appeared in 75294 Bespin Duel and 75222 Betrayal at Cloud City. Don’t worry if you missed it, though – the wider availability of the character has seen its aftermarket price tumble.