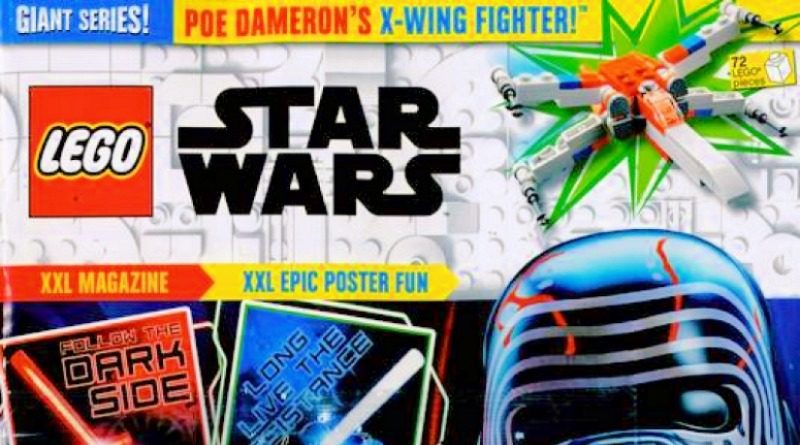 The Holo-Brick Archives reports that a new issue of Immediate Media’s larger LEGO Star Wars magazine is currently on sale in the UK. And unlike the foil-bagged mini models of the regular mag, this Giant Series edition includes a full LEGO polybag gift in 30386 Poe Dameron’s X-wing Fighter.

The 72-piece rendition of Poe’s ship from Star Wars: The Rise of Skywalker has popped up at retail in the US, Canada and Australia. It’s been much harder to come by in the wild in the UK, though, so the magazine should be music to the ears of polybag collectors on this side of the pond.

It’s not just the freebie that the LEGO Star Wars Giant Series magazine goes big on, of course. As you can see from the cover, literally everything about this title is ‘XXL’, including its Rey and Kylo Ren posters. It rings in only slightly more expensive than the regular edition, too, at £4.99 per issue. You’ve got until mid-January 2021 to grab your copy.

The current issue of the regular-sized LEGO Star Wars magazine includes a rare version of Luke Skywalker in his Bespin garb, which has previously only appeared in 75294 Bespin Duel and 75222 Betrayal at Cloud City. A new issue is due out tomorrow, though so you may have missed your chance to pick it up.

Thankfully, the wider availability of the character has seen its aftermarket price tumble, so you should be able to snag Luke for not much more than the mag’s cover price of £3.99.