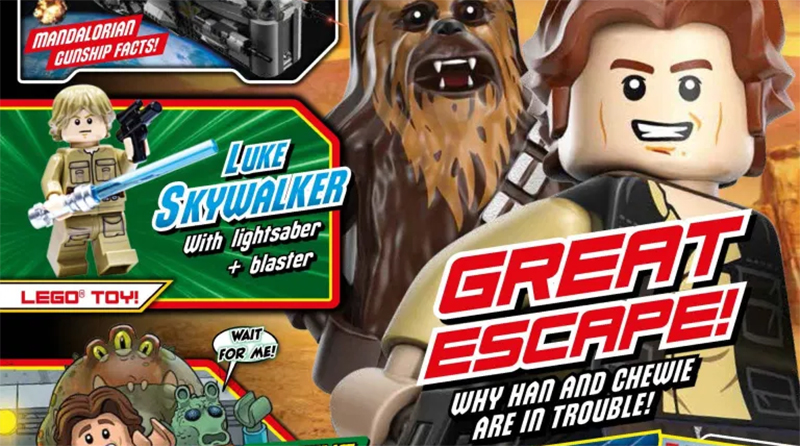 The latest issue of LEGO Star Wars magazine, Issue 65, comes with a Bespin Luke Skywalker minifigure only usually found in expensive and hard to find sets.

LEGO Star Wars magazine arrives this week with Issue 65, featuring a foil bagged Luke Skywalker minifigure on the front, the Holo Brick Archives reports. He’s in his Bespin outfit, a variation of the minifigure only available so far in the short-run 75294 Bespin Duel and pricey 75222 Betrayal at Cloud City. The minifigure comes with a lightsaber and blaster so he’s ready for battle.

Priced at £3.99 this month, the UK based publication also includes the usual mix of puzzles, posters, comics and build instructions. Next month’s issue will ne out on December 16 and include a mini model of Obi-Wan Kenobi’s Jedi Interceptor from Revenge of the Sith.

LEGO Star Wars 75299 Encounter on Tatooine was recently rumoured for the theme’s 2021 wave and The LEGO Star Wars Holiday Special is now streaming on Disney+. With news from the galaxy far, far away coming thick and fast, collectors should not forget that LEGO Star Wars 75318 The Child launched recently.