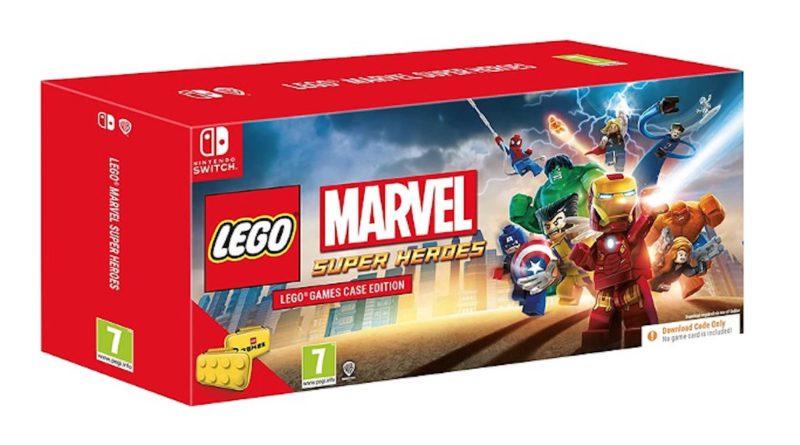 Nintendo Switch owners will soon be able to pick up two different bundles, each containing a digital download and LEGO Games Carry Case.

Gamers who haven’t yet played TT Games’ LEGO Harry Potter or LEGO Marvel Super Heroes titles can soon pick up one of two bundles packaged with a special bonus item. Releasing on July 8 in the UK, each LEGO Games Carry Case Bundle includes an in-box digital code for a Nintendo Switch downloadable title.

In one bundle are the remastered LEGO Harry Potter Years: 1-4 and LEGO Harry Potter: Years 5-7, whilst a second bundle includes LEGO Marvel Super Heroes. There is no physical game cartridge version available with either bundle, so you’ll need to ensure you have an internet connection to download each title.

In addition, each bundle also includes a LEGO Games branded Carry Case with handle, that allows players to safely transport their Nintendo Switch console in style. Both LEGO Games Carry Case Bundles will retail for £29.99 and should be available from most video game stores and Nintendo online.

Gaming fans can also look forward to playing the upcoming LEGO Brawls, when the title is released on PC and consoles on September 2.