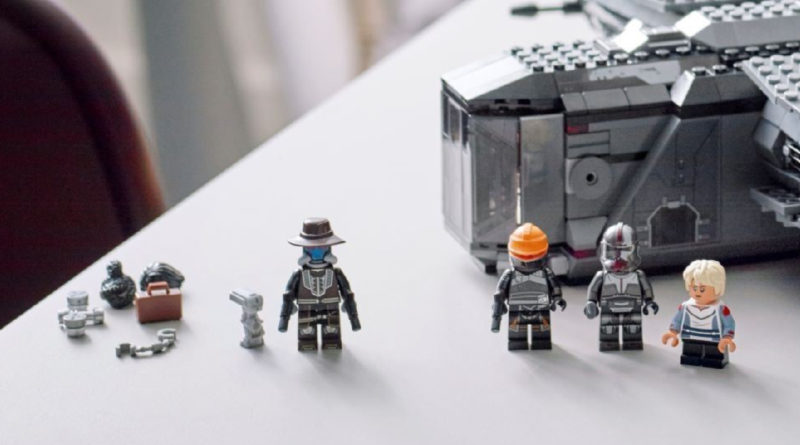 A new Cad Bane minifigure has finally appeared in the LEGO Star Wars theme, although not every aspect has been improved.

Cad Bane is the incorrigible Duros bounty hunter of the Star Wars universe. First appearing in the Clone Wars TV show, he went on to become one of its most resilient characters. He’s also cropping up in The Bad Batch, a Star Wars TV show that takes place in a similar time frame.

75323 The Justifier was recently announced at LEGO CON 2022 and depicts Cad Bane’s mighty spaceship, which seems set to appear in the second season of The Bad Batch. Cad Bane himself is also included following a long absence, and – by and large – he’s a big improvement on previous versions.

This new Cad Bane features extensive printing on his torso and legs, ensuring a high degree of accuracy compared to his later TV show appearances. He also retains his metallic breathing tubes (an anti-Jedi measure) with his face printed on a dark metallic element this time around. This presumably allows the apparatus to be represented more accurately.

The one aspect of Cad Bane that hasn’t been improved is his hat. He famously wears a hat with a very wide brim – which could be seen in earlier LEGO Star Wars sets like 75024 HH-87 Starhopper. The new version uses a more conservative fedora instead – and while it’s not bad, or necessarily inaccurate, it’s a shame the older element is no longer in use.

If you want an original Cad Bane, you may find him tricky to track down. He’s only appeared in three LEGO sets before 75323 The Justifier, and individual minifigures are very expensive on the secondary market. As such, a smaller hat may be a price you consider worth paying.