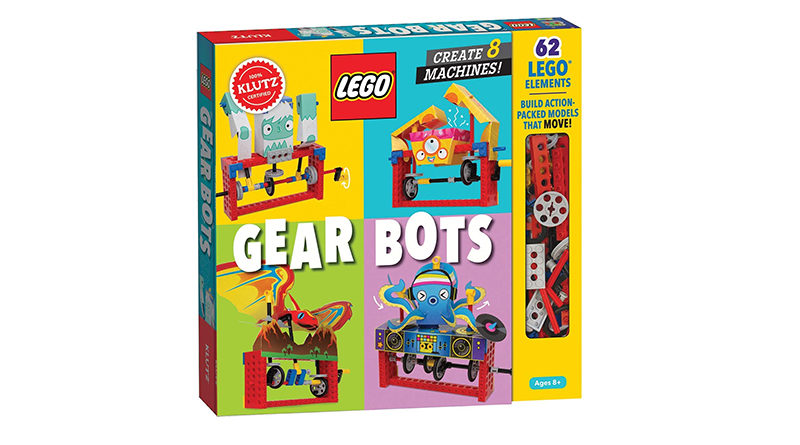 LEGO Gear Bots is coming in August and retailers have shared the book’s cover and synopsis.

The title will also include pop-out papercraft designs, as the contraptions will use LEGO bricks for the technical side of things and paper goods for the decorative parts – a bit like the abandoned concept LEGO FORMA.

Build kinetic sculptures with LEGO! Make up to 10 LEGO models and games using elements included in the book and papercraft pieces around themes like a swimming shark, hungry praying mantis and robot game show. STEM content throughout the book shows how the models relate to topics from gear ratio to biomimicry in robotics design.

The title will launch in August.

It’s not the only LEGO STEM product on the way, with LEGO MINDSTORMS 51515 Robot Inventor bringing a new generation of the LEGO coding system to fans later this year.