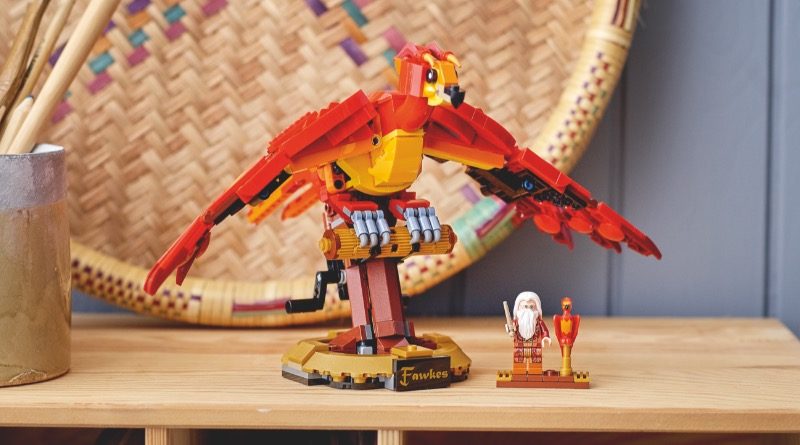 Last year’s LEGO Harry Potter 75979 Hedwig is about to get a very colourful counterpart in 76394 Fawkes, Dumbledore’s Phoenix.

Just like the boy wizard’s owl, the fiery regenerative bird boasts mechanical wings that flap with the turn of a dial – because if it ain’t broke, etcetera, etcetera. That means there might not be much in the way of surprises while building this 597-piece set – at least if you’ve already put together 75979 Hedwig – but that shouldn’t put you off expanding your magical bird collection.

That’s not a sentence we ever thought we’d utter with regards to LEGO Harry Potter, but it’s representative of the strange new places the LEGO Group seems keen on taking the renewed Wizarding World theme as it inches ever-closer to becoming an evergreen property.

76394 Fawkes, Dumbledore’s Phoenix also includes minifigures of both the bird and its in-universe owner, Albus Dumbledore. It’s due to launch alongside the 20th anniversary wave of LEGO Harry Potter sets on June 1 for £34.99 / $39.99 / €39.99. That early release will be exclusively through official channels and select (but currently undisclosed) retailers, ahead of a wider launch on August 1.

You can check out the line-up of anniversary sets right here. One more Harry Potter model is also coming this summer, and it’s a whole lot weirder than Fawkes or any of the 20th anniversary wave. Trust us.