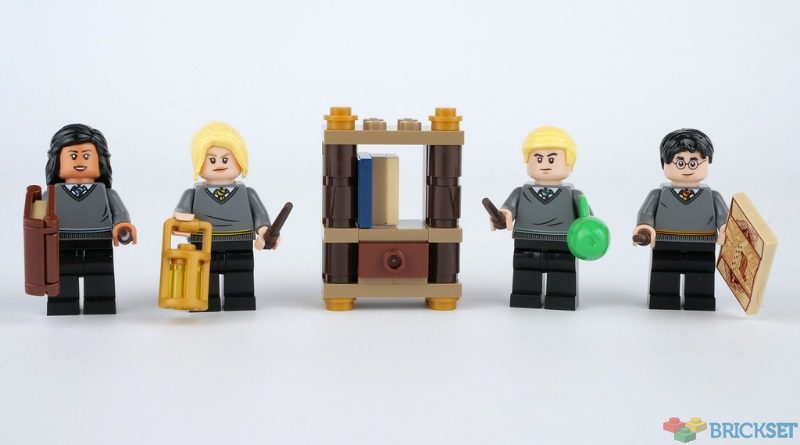 Brickset has revealed two new LEGO minifigure packs that will land on shelves next month. 40418 Falcon and Black Widow and 40419 Hogwarts Students each contain four minifigures from the Marvel Super Heroes and Wizarding World themes respectively.

The superhero pack includes new renditions of Black Widow and Falcon, alongside a pair of AIM agents. Falcon features brick-built wings for the first time, while Black Widow gets arm printing – a rarity for superhero minifigures.

The Wizarding World pack, meanwhile, includes a student from each of the four Hogwarts houses. Harry Potter and Draco Malfoy are obvious choices for Gryffindor and Slytherin, but things get more interesting after that, as Hannah Abbott makes her minifigure debut.

Cho Chang rounds out the quartet for Ravenclaw, in a pack that many Potterheads will also want for its parts. As well as a lantern and book, the set includes an exclusive 2×3 tile printed with the Marauder’s Map.

Both minifigure packs will be available from LEGO.com on June 1. At least two more Marvel sets will be released this summer, including LEGO Marvel 76153 Avengers Helicarrier and LEGO Marvel 76152 Avengers Wrath of Loki.