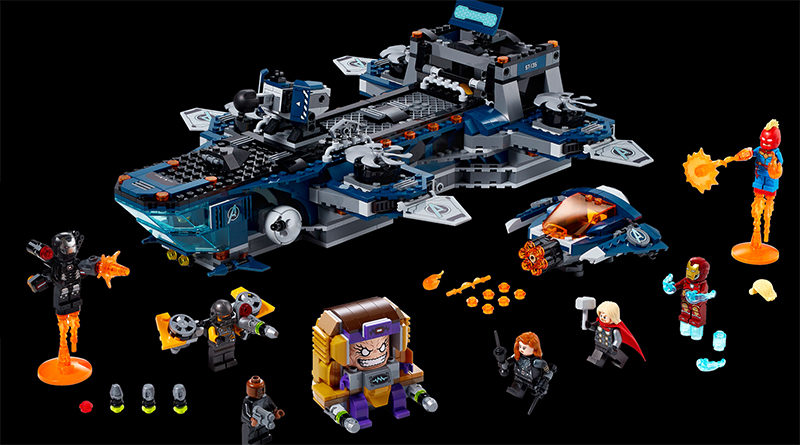 It was recently revealed that two new LEGO Marvel sets are on the way this summer – 76152 Avengers Wrath of Loki and 76153 Avengers Helicarrier. 76165 Iron Man Bust has also been officially announced for this year.

76153 Avengers Helicarrier is a 1,244 piece vehicle-playset, offering the vital location as a LEGO set for the first time in a while. Seven characters are inclouded in the box – Iron Man, Thor, Black Widow, Nick Fury, War Machine, Captain Marvel and MODOK.

Images have also been released for 76152 Avengers Wrath of Loki, a 4+ set in the theme.

76162 Black Widow’s Helicopter Chase was the most recent set to be released in the comic book inspired theme. It is based on the Black Widow movie, which has had its release delayed due to cinemas being closed.