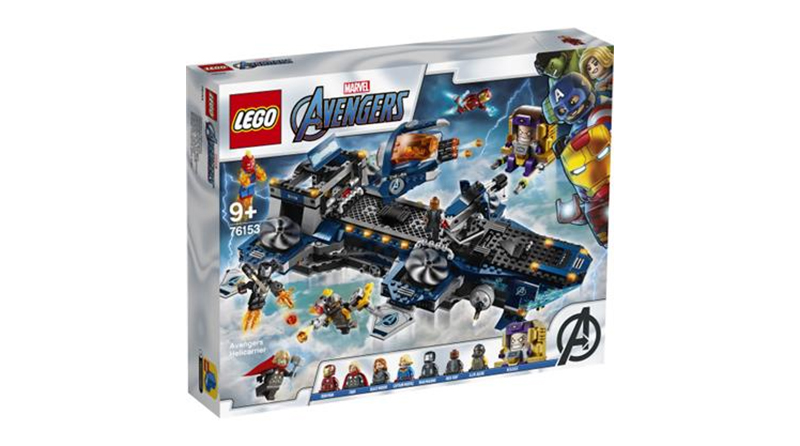 Two new LEGO Marvel Avengers sets that will be arriving this summer have been revealed, inspired by key locations from the Marvel Cinematic Universe.

LEGO Marvel will include two new Avengers sets this summer, with 76152 Avengers Wrath of Loki and 76153 Avengers Helicarrier revealed in boxed images by skivs.

76162 Black Widow’s Helicopter Chase was the most recent set to be released in the comic book inspired theme. It is based on the Black Widow movie, which has had its release delayed due to cinemas being closed.

76152 Avengers Wrath of Loki uses 223 pieces. The 4+ set is a simplified version of the Avengers Headquarters, with a couple of vehicles and selection of characters. Captain Marvel, Iron Man, Thor, Loki and the Hulk are included.