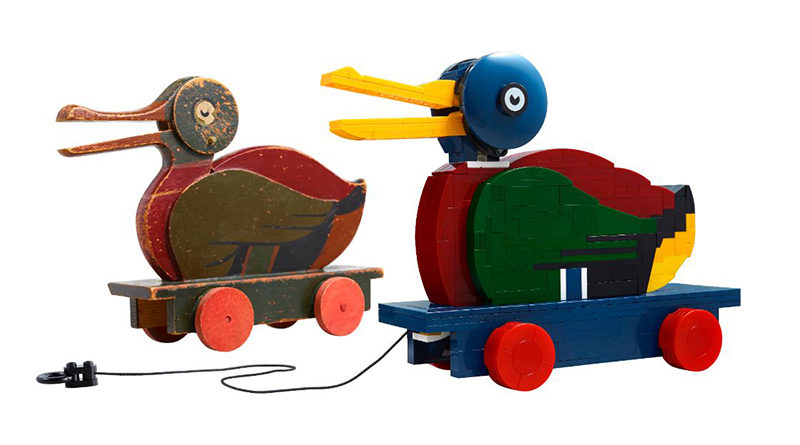 During a press conference from the LEGO House, 40501 The Wooden Duck has been officially unveiled as the next exclusive set for the venue.

When LEGO House reopens on Monday, the attraction’s store will be offering a brand new set for sale – 40501 The Wooden Duck. This new release was previously revealed by LEGO.com’s instructions database, but has now had a proper unveiling by the LEGO Group’s Stuart Harris and Jme Wheeler.

40501 The Wooden Duck will retail for 599 DKK, which is around £70, when it launches on Monday, June 22. The set uses 621 pieces and is the first in a new series of limited edition products. Special printed tiles are included in the box, only available in this set.

The Wooden Duck has been a significant icon for the LEGO Group. While it is one of many wooden toys that the company produced before the move to ABS plastic, it was part of the legendary tales in which Ole Kirk Kristiansen taught his son, Gotfred, that ‘only the best is good enough’.

For a limited time, the current LEGO House exclusives are available at LEGO.com. 4000026 Tree of Creativity and 40366 LEGO House Dinosaurs are available in the UK, Ireland and Denmark as the packaging and instructions only meets legal requirements in those three countries.

LEGO House will reopen on June 22, with special measures in place to allow guests to social distance while visiting. 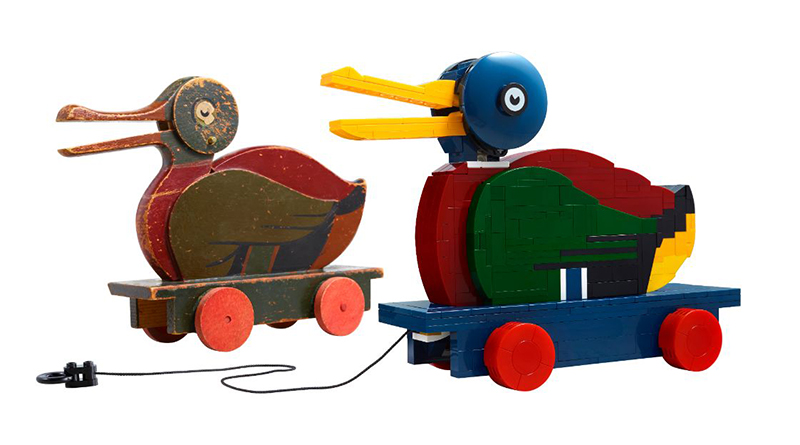