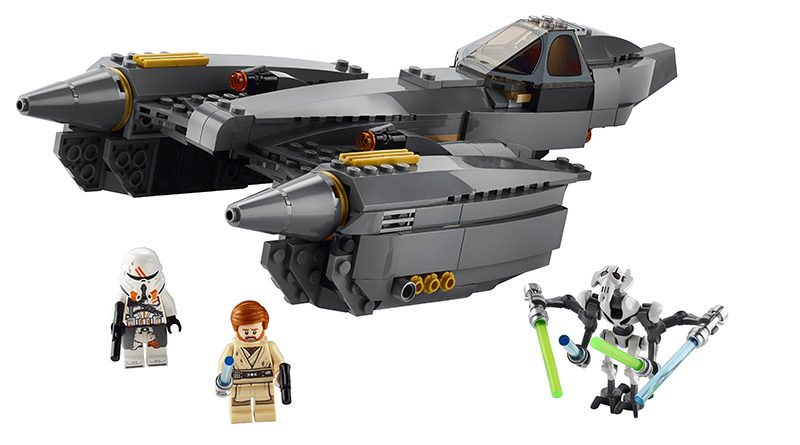 LEGO Star Wars 75286 General Grievous’s Starfighter has been announced as bringing the prequel era ship back to the theme this August.

A wave of new LEGO Star Wars sets has been announced for August 1, including 75286 General Grievous’s Starfighter. The set recreates the Separatist leader’s starfighter from Revenge of the Sith and includes General Grievous, Obi-Wan Kenobi and an Airborne Clone Trooper.

Get set for an epic clash between General Grievous and Obi-Wan Kenobi! The powerful warlord Grievous is flying into battle in his awesome starfighter. Look out for the spring-loaded shooters. When the starfighter comes in to land, use Obi-Wan’s Lightsaber and the Airborne Clone Trooper’s blaster to challenge the warlord. Who will win this thrilling Star Wars: Revenge of the Sith battle? You decide!