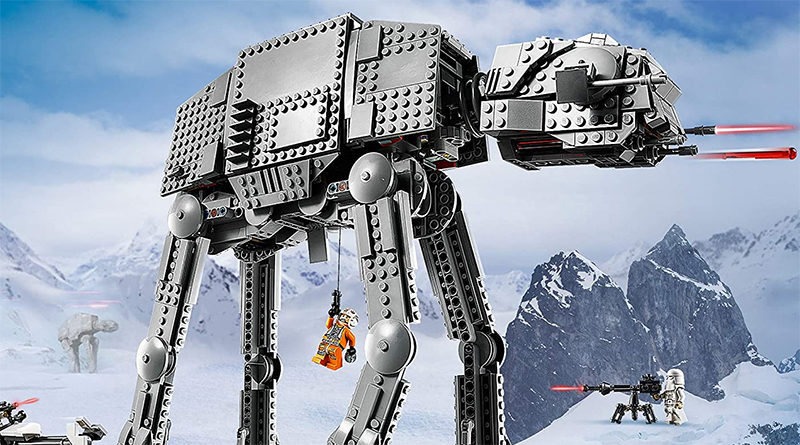 The imposing AT-AT Walker from the Battle of Hoth is back in the LEGO Star Wars line-up later this year in 75288 AT-AT, as Amazon Japan has revealed the upcoming set in official product images. This latest version coincides with the 40th anniversary of Star Wars: The Empire Strikes Back and uses 1,267 pieces.

The set is expected to arrive as part of the LEGO Star Wars summer wave.

As usual, the designers have captured the four legged mechanical monster and its distinctive ‘head’. The side panel opens to reveal a seating area for troops and the back opens to reveal space for a speeder bike. Two Snowtroopers and two AT-AT Drivers are included, along with Luke Skywalker and General Veers.

May the Fourth deals have kicked off today at LEGO.com. Ultimate Collector Series (UCS) 75275 A-wing Starfighter is available now, double VIP points are available, 40407 Death Star II Battle is free with orders of £75 or more and selected items are part of a limited time sale.