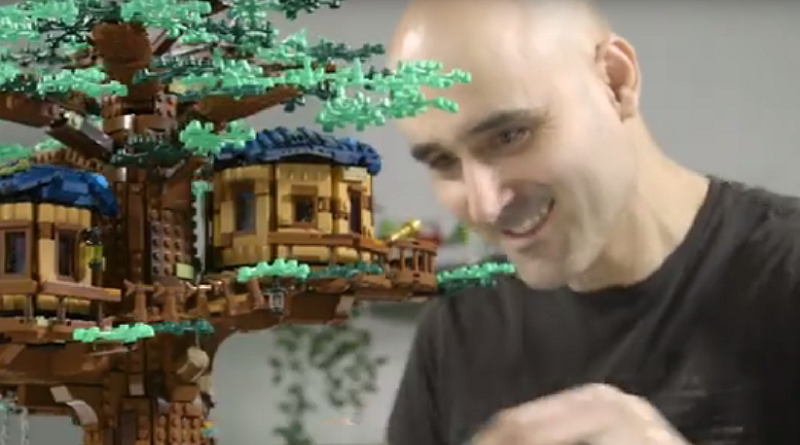 The LEGO Model Designer behind LEGO Ideas 21318 Treehouse introduces the set in a new designer video.

Talented AFOL-turned-LEGO Model Designer, César Soares, took the fan design submitted by Kevin Feeser and adapted it to produce LEGO Ideas 21318 Treehouse (review). In a new video from the LEGO Group, the designer explains how he created the largest ever set to be released in the popular fan-inspired theme.

During the video, the designer provides some insight into how the fan designed model is turned into an official release. “When you work on a LEGO Ideas submission the first thing you want to do is get hold of as many pictures as you can of the model that the fan made,” César explains. “Then you try and recreate as close as possible to that model. But of course you have to take into consideration that LEGO has high quality standards, you are constantly changing and tweaking and improving the model.”

He also reveals that the scissors beneath the main bed are in reference to Kevin Feeser’s profession as a hairdresser.

LEGO Ideas 21318 Treehouse will launch on July 24 at shop.LEGO.com.