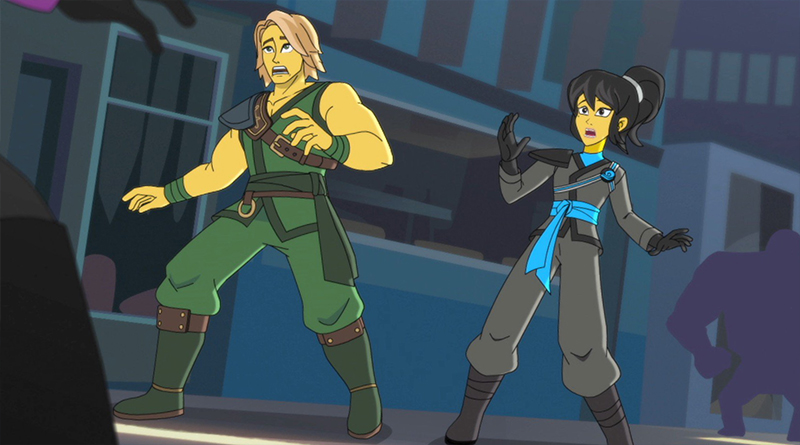 A first look at the LEGO NINJAGO characters as anime-style non-minifigures has been shared.

LEGO NINJAGO Executive Producer Tommy Andreasen has taken to Twitter again, after nothing has been shared relating to the series since San Diego Comic Con’s LEGO animation panel a few days ago. He already revealed some production storyboards but has now also shared four finished frames from Season 11.

These images, taken from the episode “Worst of all!”, are part of a 2D animated episode that features familiar characters, such as Lloyd and Nya, closer to human proportions than viewers are used to seeing them. For the most part, the series will remain a 3D animated show featuring minifigure, but different formats and styles may show up.

Here is what Andreasen said when sharing the images:

“I know the context of this stylistic choice is pretty obscure to anyone who wasn’t in the room, but the intention is not: Creativity, fun and playful freshness.

“The frames are from an episode from the 2nd half of ‘Secrets of the Forbidden Spinjitzu’ season. The episode is called ‘Worst of all!’ … We are nothing if not self conscious 😉 The weird guy in the pic will be your new favourite character: FUGI-DOVE!”