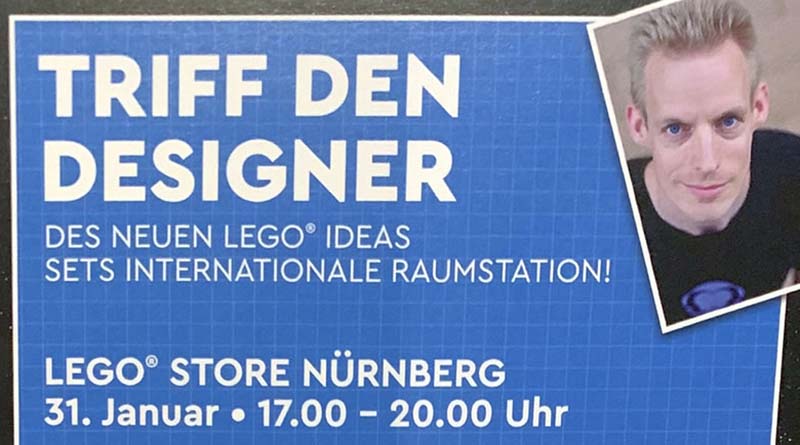 There will be a fan designer signing event for the special 10th anniversary LEGO Ideas set, 21321 International Space Station.

To celebrate the launch of LEGO Ideas 21321 International Space Station, the fan designer will sign copies of the set a day before the global launch date.

The LEGO Store Nuremburg, Germany, will host Christoph Ruge, the fan designer of the set, on January 31 from 7.00pm until 8.00pm. The information is revealed in a flyer shared by PromoBricks and enahnced by Hoth Bricks. Brickset reveals that the wide release date will be February 1.

Another three sets are on the way later this year – the Playable Piano, Sesame Street and the Pirate Bay.