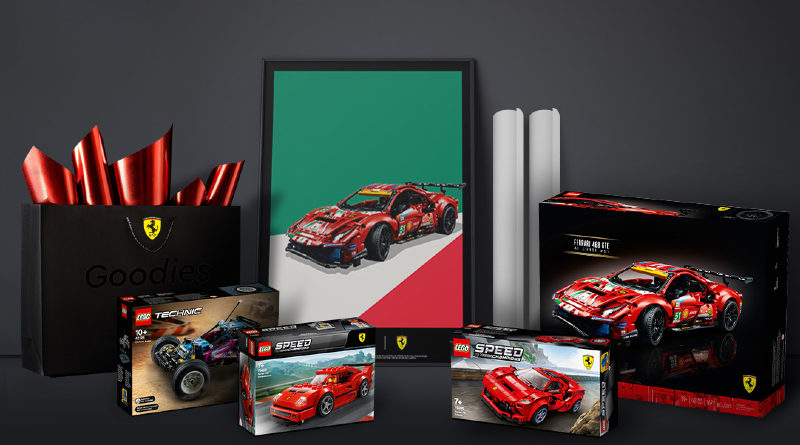 The latest contest on LEGO Ideas asks fans to design their own Ferrari poster to win a number of LEGO and Ferrari Prizes. On closer inspection, two of the sets listed in the runner-up prize bundle are as-yet unconfirmed releases presumably coming in January 2021.

The two monster truck models have been rumoured to be coming along with another set that was recently revealed, 42122 Jeep Wrangler. When the contest first started, LEGO Ideas actually had images of these sets as part of a photo showing the runner up prize bundle. This photo has now been removed, and we can’t share it here either.

42118 Monster Truck and 42119 Monster Jam Max-D are expected to join the January 2021 line-up of LEGO Technic sets and, if previous rumours are to be believed, they may be joined by two other Technic sets. 42120 Hovercraft and 42121 Hydraulic Excavator are another two sets previously rumoured that have yet to be confirmed. Until they are, take any information around them with a pinch of salt.