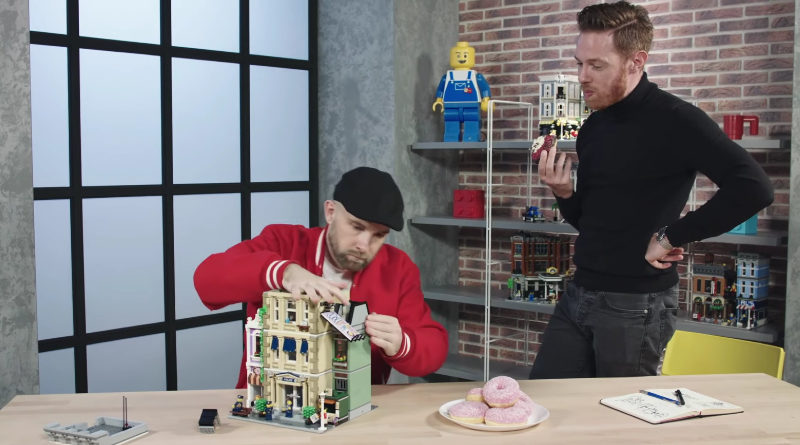 The recently revealed LEGO 10278 Police Station has been explored and explained in a new designer video.

LEGO Designer Chris McVeigh and Graphic Designer Ashwin Visser have shown off the new 10278 Police Station in its own designer video. In it, the designers reveal some never-before-seen features of the set and leave teases for fans of the Modular Buildings series.

The video explores the model to the fullest, highlighting the design process and giving insight into new techniques used. Chris reveals some features of the model for the first time, including an opening floor that reveals an in-progress escape tunnel.

Printed elements are also shown off in the video, including a good look at the two donut prints and a new LEGO newspaper. Making things more exciting, an entirely new element is revealed with the 1×3 inverted bow.

The designers also highlight a number of Easter eggs within the model, including a billboard that cleverly references 10251 Brick Bank. Fans of the Modular Buildings series are in for a treat with this designer video, and you can check out the full thing for yourself above.