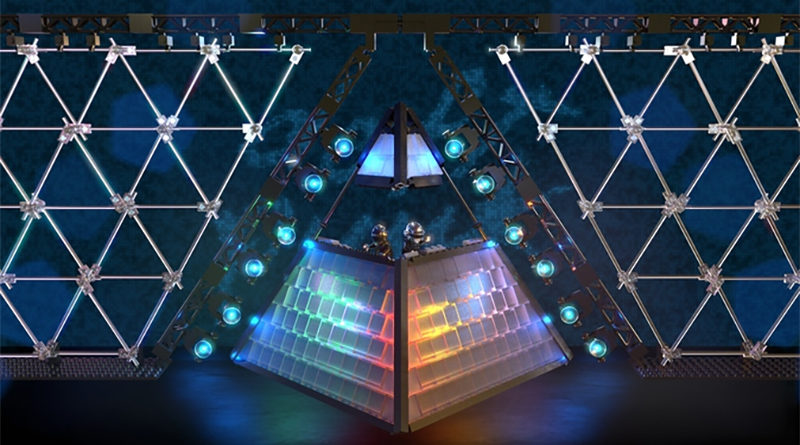 The winner of the recent music contest on LEGO Ideas has been announced, with a prize package of goodies en route to the builder.

The LEGO Ideas team has announced that a Daft Punk concert with LEGO Night Mode build has won the music contest that has been running on the website. Fans voted for their favourite entries, and the Daft Punk build won the support of 2,109 users.

“My son built a prototype with the bricks we have at home and I expanded the idea digitally. The disco lights inside the pyramid were built with real bricks first. It uses a motor to make a box of transparent bricks rotate, then we make a pair of lights dangle inside the box,” explained RobotRock, the fan behind the winning model.

RobotRock has won the following prizes: