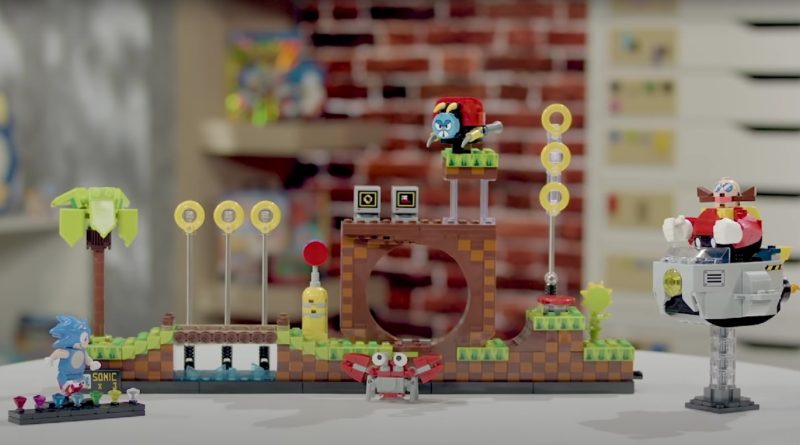 The designer video for 21331 Sonic the Hedgehog – Green Hill Zone has revealed that the LEGO Ideas set needed new machinery to make it.

LEGO designer Samuel Johnson and Senior Graphic Designer Lauren Cullen King lead the latest designer video exploring the development and secrets of 21331 Sonic the Hedgehog – Green Hill Zone, with the latter member of the LEGO Group sharing that the most recent video game model needed an all-new machine for one piece.

The newly released set, which is based on the 1991 title, includes a minifigure of Sonic the Hedgehog as well as brick-built representations of the Crabmeat and Motobug enemies and Dr. Eggman. The boss character makes use of a printed brick for his glasses, but at an angle. The fan designer of the original project has also shared alternate instructions for the figure.

“So the element used for Dr. Eggman’s head is traditionally printed in a slightly different direction, but in order to print it the best way to match Viv’s build, we had to invest in new machinery to be able to rotate the element 45 degrees and print it so it could be positioned exactly as she wanted it.” explained senior graphic designer Lauren Cullen King.

This new machinery could mean that angled prints could become more common in the future, though the specific details of the device that was used in the development of 21331 Sonic the Hedgehog – Green Hill Zone have not been featured.

You can find the latest LEGO Ideas set on shelves and online now and we’ve got an in-depth review to read before you race to make your order.